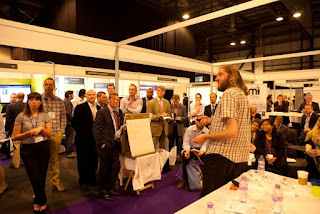 I've been thinking a lot lately about networks, networking and building up your own social capital.

In my Freshwalks profile (here) I talk in zealous terms about my visceral rejection of what I used to think of as a networking event. We know the cliches, that dry mouth and raised anxiety level as you step into a room full of strangers, feeling unworthy of being in any way interesting enough for someone to want to talk to, then that sinking feeling as you get pumped and dumped, when the friendly face you thought you'd found gets visibly bored with you and spots someone over your shoulder and leaves you with another bewildered soul who's also questioning why they've bothered coming out.

It might surprise people who have known me for the last 25 years in journalism, politics and business that I get those terrors. People often say to me that they think I'm 'well networked' and that all this chit chat is part of the patter.

But that's not networking is it? That's just a crappy experience of an event, the business equivalent of getting back in the dating game. But unfortunately, we pump and dump the idea of getting out and meeting people precisely because the experience has become such a metaphor for networking.

As you'll see from everything I've been writing over the last month or so, we're desperate to get out and live again after being locked away. I have genuinely really missed being in and amongst people and meeting new faces and old, and experiencing culture and sport, yes, and meeting people with my professional head on.

Better sages than me will have urged you to start with asking "why?"

Do you need to build sales? Maybe it's to find better clients, more clients, a new job, a mentor, or just friends who you can relate to because you share things in common. Either way, I think we need to strip it back down and revisit the premise of building your network for your own sake.

I struggle to accept that collecting business cards and shoving your card into someone's hand at an event, then reporting those numbers back to your boss the next day is proper evidence of building a network. Maybe this is a ludicrous 'straw man' argument and that no one actually says it is, but there is enough evidence that the whole premise of the fleeting encounter is still measured and evaluated. I'm a great believer that the more you put in, the more you get out. In life, in business.

So the real depth to conversations, the real building up of trust and shared agendas can start in these places and spaces, but it can't solely exist in them. It's usually in the follow-up that magic happens.

How then do we build on these encounters? How do we fast track meaningful human relationships that can shape fruitful and enjoyable experiences of doing business with one another?

If we truly want this pandemic and lockdown to be a reset, then maybe we need to rethink how we relate to one another in a much broader sense. What kind of person do we want to be, how do we want to lead people, show an example, make a difference, or make a mark?

Maybe we need to start from a more generous mindset of thinking about how you might be able to do something good for someone. Pay it forward, give something, and just see what flows. Maybe this is just the hopeless meanderings of a middle-aged gadfly, but more than ever, I find myself offering this advice to people I meet from all ages and walks of life, and my own sons and their friends.

It might not rid you of the terrors of a networking event, but it might liberate you from the expectation that this is what networking is.

Footnote: the picture above is chosen entirely at random and in no way is used an example of a rubbish networking event. I think it's from an event in Scotland I went to in about 2013, which was quite good actually.

Posted by Marpleleaf at 8:46 am