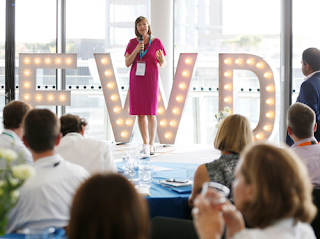 As part of the onward movement to being fully human again, I’ve spent today on an Army base in Yorkshire as a Fellow of the Forward Institute. It has been life-affirming, helpful, thought-provoking and has given me a particularly strong sense of mission again.

In a nutshell, Forward was formed by my friend Ruth Turner (above) to promote responsible leadership. In many ways it’s oxymoronic for me; I’m not currently in a leadership role, and even when I was, I would hardly express that with irresponsible leadership. However, did I always value diversity? Did I always care enough? Think for the long term? Be honest? Be brave? Of course, I’d like to think so, but when I’ve come up short it’s often against that set of principles.

I was enrolled on an Exchange programme with them through the lockdown. I got an enormous amount from the sessions, even if they were conducted over Zoom. My exchange partner was a senior Army officer, and I learned a lot from him and about what makes his world tick.  We observed one another in meetings in our work, supported one another, and took part in wider group exercises, where we'd share thoughts and stress test our ideas. Here’s the thing though, while I was obviously massively taken by his world, he says with all sincerity that he got a lot from walking in my shoes for a while.

Since then I’ve spoken in several discussions with other Fellows from different organisations, public, private and charitable sector. So many of us share the same challenges, which obviously I can’t go into great detail about, but it was all conducted with incredible candour in a place of profound psychological safety.

Today was a significant step up in our collective working relationship. It felt all the more special because we were physically together in one space. There were other Fellows in different locations around the country, and we hooked up for a guest speaker, beamed to us all in the manner to which we've become accustomed.  It felt like we were fully in the moment. That we devoted ourselves to the tasks at hand. Some of the heroes amongst us really valued this time and space to practice truly reflective thinking, given what they've been required to do over the last two years.

I’ll cut to the chase, my two big learnings and actions are remarkably small scale in comparison. I’m journaling (which this blog is a part of, but a lot is private), and working generously. That’s easy to do when I literally don’t have a full-time job, but I have set a mode of thought and operation that I just have to believe in; that helping others, applying what I know, what I have passion for, will find its place. Part of that long-term thinking is taking responsibility for my own actions and those who I work with. To do that seriously requires a proper alignment in values.

There are other societal issues, business observations I have at the moment, but this main burning platform is largely reflective. My friend Penny Haslam speaks about getting the right people on your bus. I look around and see who’s on my bus, and I’m phenomenally grateful. People who keep you honest. People who tell you what you sometimes don't want to hear.  Among them, I realised today, are the Fellows of the Forward Institute.

Posted by Marpleleaf at 8:32 pm