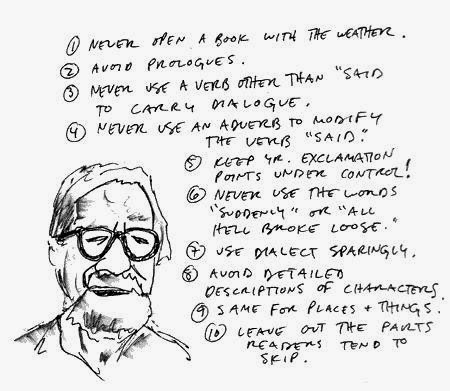 I love this list of 10 rules of writing from the late great Elmore Leonard. I was reminded to share it after I read an excellent blog by my pal Neil Tague.

The link is here.

A flavour is here: "Time is a truly precious commodity, thus brevity when it comes to writing is, to my mind, something to be treasured. There are loads of US writers I won’t go near, despite a welter of recommendations, because I really can’t be bothered with another bloated, overly wordy attempt at writing the Great American Novel. It’s as if once a writer has established a reputation and can be considered “box office” their work can’t be touched by an uppity editor. Balls to that – most novels could lose 50 pages at least without it having any detrimental effect. Films too, but let’s not go there."

Less is more.
Posted by Michael Taylor at 10:16 pm No comments:

The football debate - only ever going to be one winner, but a spirited try