Quick one. Went to Manchester City v Stoke City today and was reminded of why I so fondly remember Mark Hughes' time as Rovers manager. They mugged a 1-0 win with a goal from Diouf which he scored too few of for us, but the resolute defending took me back to the Samba, Nelsen pairing at their "never say Dai" best under the Welsh management team of Hughes, Bowen and Niedweski.
Stoke parked the bus, for sure, but they had more clear shots on goal over the game than Man City who tried to play it through the middle via Toure and Silva when that clearly wasn't working.
I also noticed that Gary Bowyer today has said Rovers need to toughen up defensively. Go and watch how Stoke set up and have a plan Gary. Surely there's a Sparky manual left around in the dressing room somewhere.
Posted by Michael Taylor at 6:32 pm 2 comments:

Douglas Carswell and the end of politics 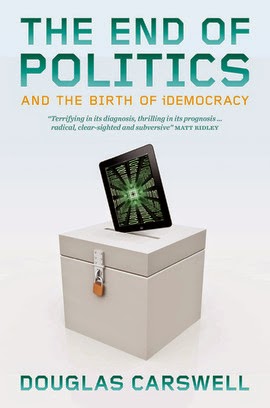 I was shocked and taken aback by the defection of Douglas Carswell MP to UKIP. This isn’t some swivel-eyed loon from the back benches trying to shore up his declining local popularity.

I have watched him with interest and he is a serious thinker about how to modernise politics and how technology is forging an entirely new relationship between the individual and the state. Though he was never a mainstream Tory, his departure into the UKIP fold is a massive shock to the Conservative central nervous system and, I hate to say it, a huge lift for the credibility of UKIP.

I think the major parties need outriders and mavericks. Good constituency MPs who don’t toe the party line, energise local campaigning and reflect the broad coalitions of position and philosophy that makes up our otherwise dreary party system.

It's a bigger jolt to the Tories than it is to Labour, obviously. It exposes the position on the referendum  for what it is, a patronising sop to the Eurosceptics, thinking it will shut them up just kicking the can along the road.

But for Labour it helps because it paints the emergent threat as a Tory problem. Suddenly the second most prominent UKIP member is a libertarian thinker who wants to reduce the state. Not sure how that will play down in target seats like Rotherham, where Labour is rightly vulnerable for the unforgivable sins of the past and in other parts of the North where "they're all the same" is a frequent complaint.

His book The End of Politics and the birth of iDemocracy is a terrific handbook for anyone who wants to understand how society and politics are changing. It now gives UKIP something I've never really thought they had - ideas.
Posted by Michael Taylor at 9:57 am No comments:

Netwalking, not working and a fantastic day 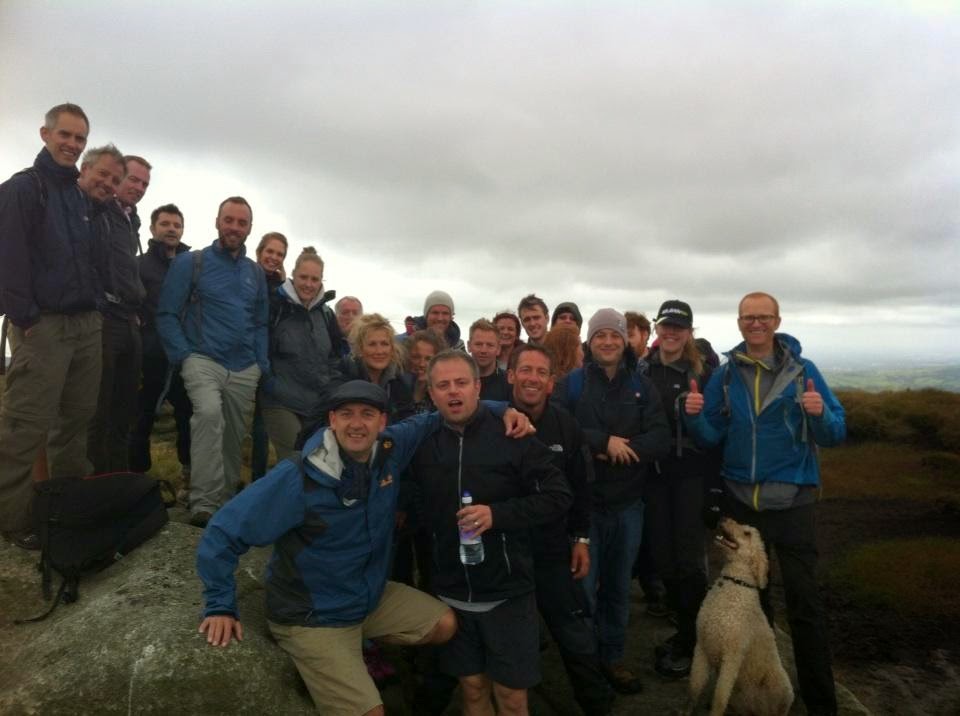 I have a sore knee, aching feet and a warm glow. Yesterday was the culmination of an idea I first had two years ago. To take a party of people into the Peaks for a day out. Anyone who knows me well will understand that the logistics and delivery of something like this is beyond me, but the core idea - the simplicity of netwalking - was something that got me excited.

Enter stage left then my good pal Michael Di Paola, a branding genius, a bundle of energy, with a personal magnetism and a following gained from his status as Man of the Year. Michael made sure we had the full turn out we needed - and a good mix of people who made the day so special.

As with all good plans, they adapt and we were blessed to have Thom Hetherington, the one man Glossop tourist board, who offered to guide us on a route described as Bleaklow from Old Glossop.

It was a physical challenge - at my age walking 9 miles to anywhere will be - but the initial steady 2 mile climb was gruelling and a shock to the system. The wind on the next leg was bracing and invigorating and a relief it wasn't colder. The yomp across the peat moors to the summit, and then to the site of a crashed American WW2 plane was a test of your balance. But mostly it was just a matter of keeping your footing and spending time with the rest of the party. That's what these days are about - not passing out business cards and schmoozing, but getting to know people a little better, seeing ways you can help one another, working people out and being amazed by what they do and what they know.

The rain started five minutes after we landed at the Wheatsheaf pub in Old Glossop. A sure blessing, but a fine piece of luck on a day when a plan really came together.

There are more pics on my Facebook, Chris Marsh took some crackers and on the Twitter hashtag #netwalking.

The business club with altitude.
Posted by Michael Taylor at 9:37 am 2 comments:

I accept the Ice Bucket Challenge

Accepting the ice bucket challenge and will be donating to Macmillan Nurses in memory of our much loved friend Martin McDermott.

Who would have thought that after 10 minutes of hardly touching the ball against a decent Bournemouth side, Blackburn Rovers would have been impressively 3-0 up after half an hour?

And who would have thought that an hour of football later we were hanging on for dear life?

Well, me for one. This Blackburn Rovers side is capable of great things. The ball control, fluidity and goal poaching is something else. The defence is strong and athletic. And this was a bold team, designed to attack and supply Rudi Gestede and Jordan Rhodes.

But that niggling thought I've had about mental strength. It was always there. It was especially there when Rhodes was subbed for a veteran midfield player, David Dunn, with 20 minutes to go. And it was there again when Paul Robinson took back passes from the half way line with 15 minutes to go.

That issue of mental strength comes from the top. Letting teams back into games has become a habit. The quality is there, but the killer instinct is not. Not through the spine of the team when the pressure mounts.

This is going to be a long hard season and the issue now, more than ever, is mental strength.
Posted by Michael Taylor at 7:36 pm No comments: 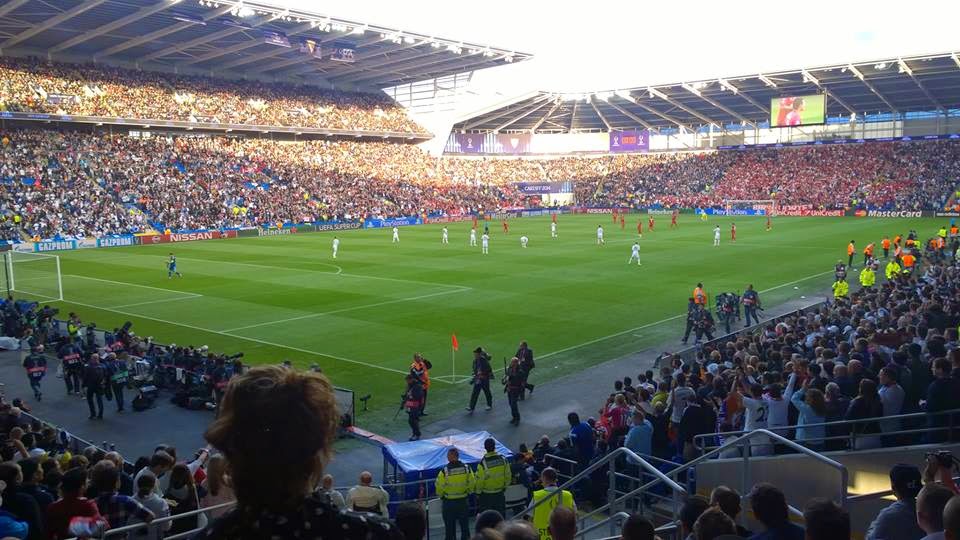 What a day out. Seeing so many incredible footballers on one pitch - apparently the most expensive team ever assembled - was an experience. I'm not impressed by all of that big club stuff to be honest. But it was still a treat to witness Ronaldo on one of his good days.


When I told people beforehand that I had secured tickets for the Europa League Final, hardly anyone knew it was in Cardiff. "You do know it's the women's Europa Final, don't you?" said one pal. Even those that did assumed it would be at the Millenium Stadium, scene of a famous cup win in 2002. But no, this was at a ground I'd not visited before and one I didn't fancy trekking to for a Championship game to be honest. 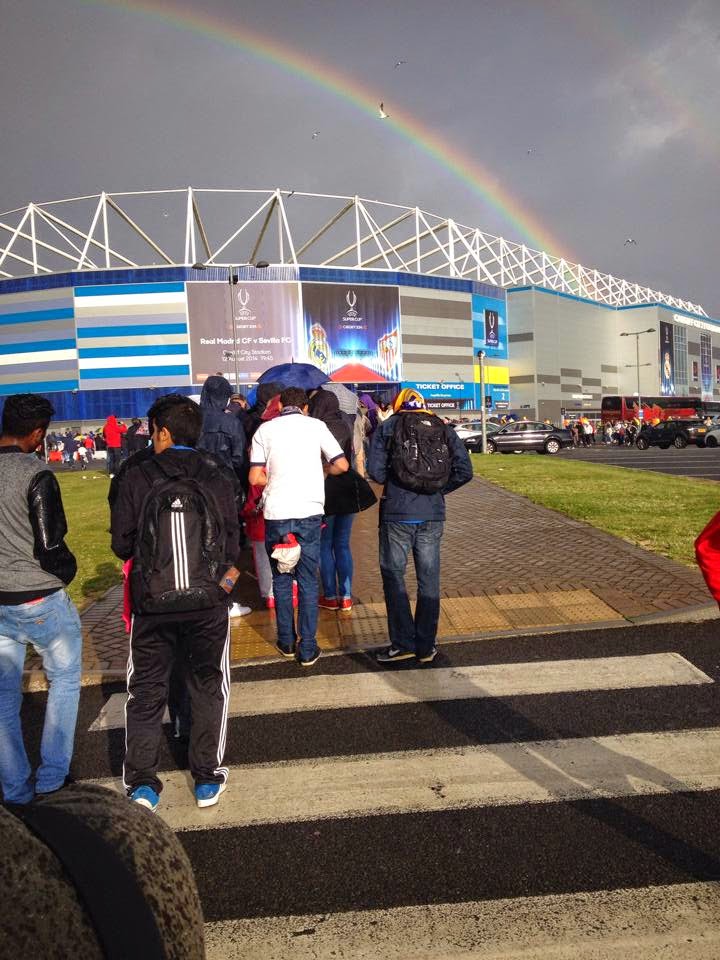 It was an artful, tactical passing game, with a few hard challenges going in, but quite a contrast to what else we're going to see this season, I suspect. I was taken in particular with how the movement off the ball was so impressive by both sides, but also how hard they had to work, just to close down an option for an attacking player.

All in all, we had a fantastic day out. One of the lads mentioned towards the end how Spanish fans were so much better too. Maybe this was a one off - a final - and maybe we were sat amongst polite Spanish people as opposed to some of the louts we've encountered recently, but the displays of colour and noise from the Seville fans was something else. 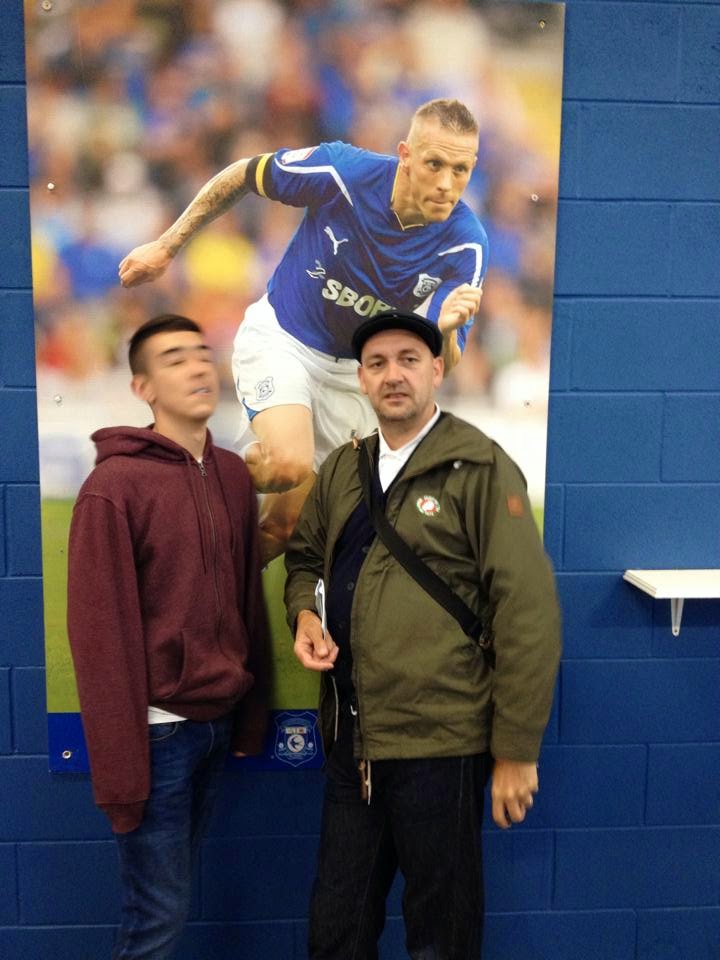 As a day out it was also good to visit Cardiff again - a city centre that has improved massively in recent years, but still could do with a bit of love in places. The St David's Centre is good as far as sterile shopping centres go, even Chip Alley (Caroline Street) seemed to be a bit smarter.

The stadium has a good atmosphere, excellent site lines and I was pleased to see blue seats. Cardiff will always be blue and it upsets me to see the mess Vincent Tan has made of the club with his colour change.

And it was a new ground for me. Of the current 92 it is number 67. I lost Torquay and Macclesfield recently, but regained Mansfield and Cambridge. I have Rotherham, Fleetwood, Morecambe and Millwall in my sights. Oh the joys. And of the grand total it's 140. 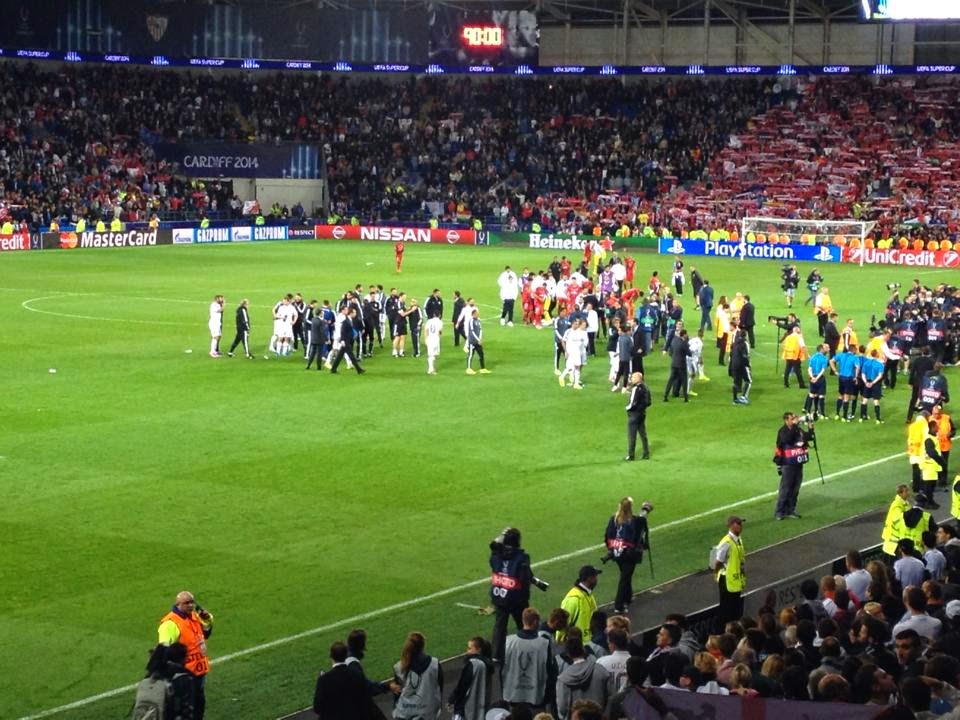 League 3 was about Premier League Power - for STAND fanzine

I did a piece for the award winning STAND magazine about League 3. The rest of the mag is available from Distant Echo for £2.50 and it's full of wonder.