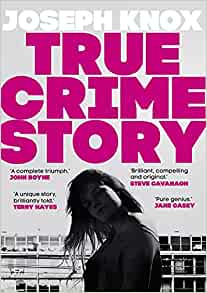 I've written before (yesterday, in fact) how I tend to jump in and absorb everything I can from certain authors. It isn't a recent thing either, in my early 20s I ripped through all the output of Carl Hiaasen, Mark Timlin, Elmore Leonard and James Crumley in a splurge of murder and mayhem. I loved the American literary brat pack - Donna Tartt, Brett Easton Ellis and Jay McInernay. In my year in Australia I couldn't get enough of Milan Kundera, which then switched me on to Raymond Carver in pretty short order. Even as a young kid I think I read all of Enid Blyton, Rev W Awdry, Herge and Michael Hardcastle.

It was a good job George Orwell was a set text at English A level, because I'd read everything he'd done by the time I was 16 - diaries, journalism, all his novels and most potently of all Homage to Catalonia. We studied 1984 and it provided no challenge at all.

Sometimes this doesn't leave much space to let others in. Maybe it should.

One of my guilty pleasures is Tony Parsons (the other was Lee Child, but he's basically given up now). I know it's fashionable to diss him and he does himself no favours with his opinionated column in the newspaper I refuse to buy or refer to, but I do like his new series of Max Wolfe dark detective novels. It seems that the hard-boiled crime genre I was so taken with is now the resting place of different types of novelists.

There is nothing guilty about liking Chris Brookmyre and his excellent Parlabane series, but he's definitely gone darker and more noir.

I'd say my favourites currently are Val McDermid, Joseph Knox and John Niven.

As a latecomer, I'm a little daunted at Val's output but life will always be worth looking forward to as long as there is another Val to go to; I'm up to date with John Niven though his first book, Music From Big Pink, must have passed me by and I've just borrowed it from the library. I think my favourite is No Good Deed, but nothing prepared me for the sheer unadulterated splenetic joy of the 'gateway Niven' experience of Kill Your Friends.

This weekend I binged on Joseph Knox's True Crime Story, set in Manchester, which I've written about in my column in the local paper and will link to it here when it's out. It is one of the most startling and different crime books I've read. Really smart and very well written, just like his previous three, but a real game-changer.

Next up for me is The Survivors by Jane Harper, an Australian writer who I picked up on a couple of years ago. And as soon as she's got another out, I'm on it.

Posted by Marpleleaf at 7:02 pm