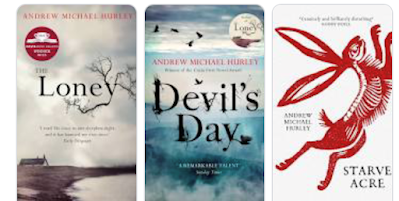 Last year, as we lurched into lockdown and I was task-avoiding the final flourish on writing my thesis, I got absorbed in folk horror. It sort of coincided with a ratcheting-up of my enthusiasm for fell walking and discovering the countryside.

Maybe it was the shrinking of our world to what was within reach that made me deeply yearn for what lay beyond. My morning walk and cycle ride saw me become fascinated with things that hadn't caught my attention - a disused piece of farm machinery became my companion and I would stop and speak to it every day, an emotional crutch and a recipient of dark thoughts. I even gave her a name - Darkness. I would also seek out abandoned barns and remote dwellings, sometimes off the beaten track, but also sometimes just tucked away, and let us remember here, they all had a Greater Manchester postcode.

I'll lay my cards on the table. Folk horror is a sometimes shocking but always dramatic film genre, never passive, never unchallenging, I can take it in small doses, but horror still works better in film than in literary fiction. The origin story starts with Michael Reeves’ Witchfinder General (1968), Piers Haggard’s Blood on Satan’s Claw (1971) and Robin Hardy’s The Wicker Man (1973) but the most shocking modern film that can trace a line back - particularly to the latter classic - is Midsommar (2019), directed by Ari Aster, also responsible for the seriously terrifying Hereditary (2018).

Here's the thing though, seeing something grotesque, otherworldly and weird is terrifying and the tricks of light and sound make it all-consuming. Reading about it is just a bit odd, but far harder to accomplish as a writer.

I say this because in fairly short order I read all three of Lancashire writer Andrew Michael Hurley's novels - the Loney, Devil's Day and Starve Acre. What I liked about all three were the dramatic descriptions of place. All three were set in locations I know a little of - the Lune Estuary, the Trough of Bowland and, less so, the Yorkshire Moors. Life feels hard for all of the characters in them, the plots are all tight, odd, and well-paced. Hurley told my friend, the writer Mark Sutcliffe, that the greatest compliment he could receive would be that if you felt you were there, in the mud, on the moors and feeling the rain, then he's done his job. I'd agree with that, and he is very, very good at atmospheric descriptive writing.

Yes, there's a but coming.

I couldn't quite buy the supernatural elements, yet in each story they are the things I remembered most vividly, and it's what gives me the shivers. I wonder out loud whether stripping them out would make them well-told thrillers, worthy of something a writer of the output and pedigree of Val McDiarmuid would do, but otherwise just bleak Northern noir.

I note that Hurley has a contribution to a horror collection out soon, and maybe, just maybe, a writer of his skill and growing confidence could win me over to the deeply weird and the terrifyingly eerie.

Posted by Marpleleaf at 6:57 pm