Trust me, Tony Wilson never said: "This is Manchester, we do things differently here." 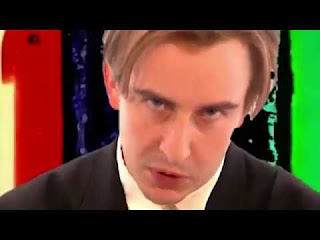 Trust me, Tony Wilson never said: "This is Manchester, we do things differently here."

There is no recorded evidence of him saying it, because he didn't.

Steve Coogan said it, playing "Tony" in Michael Winterbottom's film 24 Hour Party People. In a script entirely written by Frank Cottrell Boyce, a brilliant writer, and a Scouser, who knew what he was doing. It's a mesh of literary references, something Tony could have done, but didn't. Not those anyway.

It's a great film. I love it's warmth, I love the version of Tony that Coogan carries off for public consumption, and he liked it too. Others didn't; I remember Steve Morris describing it as 'Carry On Factory Records'.

Here are the roots of that quote though.

Half way through the film, in a delicious use of the theatrical technique of 'breaking the fourth wall' "Tony" reflects on the transition from one musical era to another, sort of quoting F. Scott Fitzgerald's The Last Tycoon (subject to some dispute, by the way): There are no second acts in American lives.

The supposed Manchester quote is the reply, which itself is derived from ‘The past is a foreign country, they do things differently there,’ the first line of L. P. Hartley’s The Go Between.

Does any of this matter? No, probably not. Afterall, didn't Tony Wilson also say - 'faced with the choice between the truth and the legend, always print the legend?' Except, he didn't say that either. It comes from 'This is the West, Sir. When the legend becomes fact, print the legend,' which is from The Man Who Shot Liberty Valance.

Quotes from the film, attributed to Tony, appeared at his funeral and were beamed on to a wall at the wake. It's a fitting allegory, because he's become one of these figures who people project their own version of an ideal reality onto. I asked Frank about all of this, and as a public intellectual Tony would never have referenced Fitzgerald, or WB Yeats, Frank said, pointing out that Tony was far more interested in philosophers like Derrida, Adorno, Deleuze and in his later days, Habermas.

By the way, I haven't said any of this in order to trash Tony's reputation. In fact, precisely the opposite. Here's what Frank says about Tony in David Nolan's candid and reflective biography You're Entitled to An Opinion: "He was a good device for driving a movie forward.  You have this idea when you're growing up that musicians are rock 'n' roll and suits are boring. Tony was massively more interesting than any musicians he worked with. I know he worked with geniuses. I'm sure Ian Curtis was an amazingly charismatic person and Shaun Ryder as well, but utterly boring compared to Tony. Musicians become fossilised; Tony was always moving forward. He was alive in a way most musicians aren't. And more romantic. He cared less about money than they did.  He was incredibly generous. He was like a perverse St Francis, he gave everything away. He was psychotically generous."

So, can we all stop now please. How about, Manchester, the psychotically generous city?
Posted by Michael Taylor at 9:16 pm

If only reality had writers, which it has after its happened. A retrospective make-over to help us make more sense, or just feel better, about the past.

You prompted me to look up who Jürgen Habermas is https://en.wikipedia.org/wiki/J%C3%BCrgen_Habermas

I was on the door at an Anti Nazi League benefit gig back in the day, headlined by The Naughty Boys with support from The Worms. Tony Wilson + 1 turned up at the door as The Worms were playing and paid the 2 x £1 entrance. Minutes later he was back demanding his £1 to be returned as he'd only come to see The Worms and as it happened he'd only caught their last number. I just said "You need a quid?" and he just walked out. He should have stayed for the Naughty Boys, excellent forgotten Manc post-punk band.

Weirdly the Naughty Boys were my dad’s mates so apparently all at my Christening. Appreciate it’s never gonna rival the kids of Hollywood who have international megastars as godparents, but I think it’s quite cool!!

Actor and writer teamed up again Michael. Keep an eye out for this: https://www.prolificnorth.co.uk/news/broadcasting-news/2021/02/steve-coogan-star-itv-sequel-murder-stephen-lawrence