Music Therapy on Tameside Radio - getting into the groove 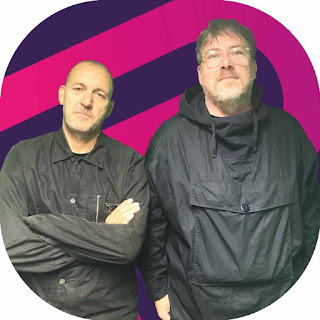 So, day two of the daily blog. We've had a good couple of months now of playing two hours of music every Sunday night. As I knew it would do, it's found its rhythm and Neil and I have found out more about each other and what we talk about between songs. It feels good, it feels like we're doing something different, fun and worthwhile.

It all came about last year when we bumped into one another a few days after Mark Hollis died. Neil was one of the first people I'd noticed commenting on him on social media when I'd seen the news when I was with my sons in Berlin. We shared a virtually identical Talk Talk epiphany on different sides of the world, but catching the bass line to Life's What You Make It in a dance floor setting. That's as much as you need to know. I knew then in that conversation, I needed to work with his musical knowledge. I went away not knowing what that would look like, thinking publishing, a TV idea, then the more I had time to think of other times when I've been really happy it took me back to a radio show I did a few guest slots on with my pal Adil Bux in Perth in 1989. I also remembered a show Terry Christian used to do on Sunday nights on Stockport station Imagine FM, Northerners With Attitude, where I don't ever recall him playing a bad song. We're not trying to copy that, far from it, but it always struck me as a very honest show.

One thing led to another, and here we are. Neil came up with the name for the show, Andy Hoyle from Tameside Radio took a punt on us, taught us the tech, and we were off. We try not to overthink it too much but the clue's in the name, we just want to try and use music to get people in a good mental space on a Sunday night. We only have one strict rule - there's no such thing as a guilty pleasure. Neil set the bar for that with his first play list that dropped a delicious Wham B-side Nothing Looks the Same in the Light. Since then we've found remixes and straight up classics from household names and forgotten wonders alike. I can honestly say I've never felt as musically liberated. It's been an absolute journey of discovery, education and thrills. Friends have also got what we're trying to do and made some fantastic suggestions. Keep them coming.

It's great that the station goes out on the internet, but we're now also on Listen Again, or On Demand, so you can listen at leisure. I do keep Spotify play lists, which I share, but they aren't always accurate versions of what we've played and you don't get us.

Posted by Michael Taylor at 8:35 pm