We had our second two weeks of self-isolation, and it was OK 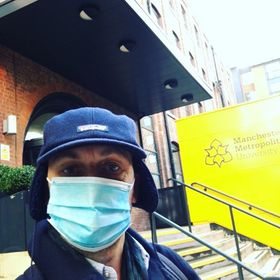 We coped. Elliot didn't get poorly, despite his positive COVID test and we never showed symptoms to contradict our negative tests.

The first isolation in September when Louis tested positive was tough, I'm not going to lie. It came as a shock and so we started in a state of unprepared anxiety, with ladled on potential guilt that we may have infected people we had walked with.

This time we were ready, we knew we would be supported if we needed it, and bizarrely, we had a lot more to distract us - The American election was a bit of a rollercoaster, which we properly strapped in for, and then as soon as we were shut in, so too the rest of the country was following us by going into a new lockdown. So yes there wasn't the 'fear of missing out' we had in September, which might seem a bit selfish, but it's how it affects you.

It's the young I feel bad for. It's easier for us to press pause. They haven't the same sense of perspective, and it's putting off some anxious life events. We have to support them with kindness and sensitivity.

I had a trip into Manchester to look forward to on Thursday this week. The trip to Venus supermarket was spontaneous and I absolutely devoured my takeaway Lahmacun from their grill. Officially we are working from home, where possible. But some things require meeting face to face, safely, and we don't have a printer at home.

And here's another thing, it might only be reaching a few hundred people, but this blog is such a satisfying thing to sit down and do, usually in the evening. Recording a radio programme once a week also gives me the focus of discovering new music and finding a dozen songs or so to play, some of them linked and with a story. Hopefully that's been reflected on what I've written about, but I've got a list of further topics to get through in this month of blogging, and some more books to read.

Posted by Michael Taylor at 7:31 pm