The influencers of the North. Discuss 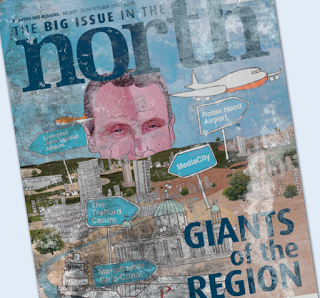 Ten years ago The Big Issue in the North published a list of the 50 most influential Northerners.

Reading it now it feels like a piece of history of a different country, where they do things very differently. I was one of the selection panel and can only look back and laugh now at some of the choices we made. Not because we were wrong, but because the whole premise was built on the primacy of big money and raw power having lasting influence. We said that influence was a broad term, covering economic clout, political power, cultural impact and more. And if the way in which you wield that power is the ability to make change and influence lives, then how the Gods must laugh at such plans now. Our list, made up mostly of white blokes, was not of superior beings who have shaped our destiny since then, but of the modestly successful and wealthy, but also the humbled, and ultimately the powerless and uninfluential; as they have been utterly impotent to arrest the meta trends that have shaped the last decade, for better or for worse.

I picked my way through all of this in last week's Big Issue in the North. Even if this isn't a reason for you to buy it, there's always plenty more true goodness in there. So please take the trouble to buy a copy, either from your local vendor, or via this link.

The link to the piece is now live, here.

When you've had a read, let's have a chat about influence and power in our troubled times.

Posted by Michael Taylor at 8:50 pm