A month in lockdown - thank you for your company 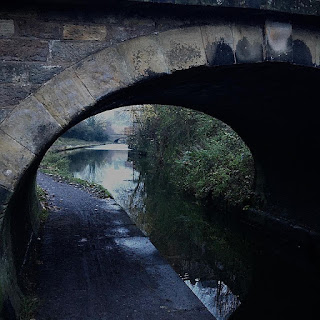 First of all, an apology. When we were locked down at the start of November and I decided to blog every day for a month, I drew up a bit of a list of likely topics. Although I blogged every day, I'm afraid I went a little bit off piste and didn't do very well on tackling the list.

Secondly, I wondered if it would make a difference to my visitor numbers. At first I was shocked to discover I had more visitors in October when I blogged just four times. It turned out I had a massive spike of thousands of visitors on the 2nd of October, when I was completely off the grid up a mountain. There doesn't seem to be a particular reason for this. I had a spam attack from overseas and a load of duff backlink attempts, but that was later in the month. Once I factor that out, there's been a steady flow of traffic. The most visited individual post was the one on Stockport and the planning issues coming down on us all soon. I'm pleased about that. I would have been disappointed if my biggest draw was Blackburn Rovers.

My excuse for not getting round to all of them was some are linked to a writing project that I'm not ready to spill just yet and that in turn has also meant I haven't read many books this month. There were also some events to comment on, the small matter of a US election, the scrapping of Pacers and a few media and events things I was doing. And the outrage of Luke Unabomber and Instagram.

So here are the subjects I didn't get round to writing a blog on. I'll try and get through them, as I know what I need to say.

Posted by Michael Taylor at 7:28 pm