Bang for your buck, best Welsh noir series yet 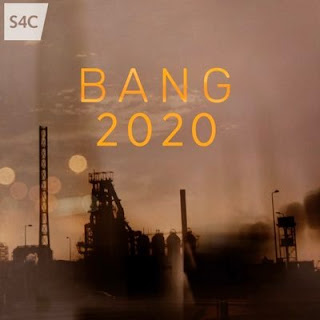 My fascination with Welsh Noir started with Hinterland, but has just gone to a new level with Bang.

Yes, I was drawn into the darkness of Hidden. Keeping Faith teetered just to the right side of preposterous, with overuse of pop video style lingering to music over the attractive female lead. Requiem was super creepy, folk horror. 35 Diwrnod is OK, but limited by its small budget and cast. Bang seemed to reconcile all of these shortcomings and make a powerful virtue of each one, with much use of a popular technique of location centred drama - long location shots, and very smart use of music.

Like I said when Hinterland broke through with its take on the Scandi noir set up - cop outsider with demons - the strongest cast member in a heck of a strong field was the landscape of Ceredigion, and the dark secrets of Aberystwyth. They also ended up smothering the plot and compensating for a drift into borderline cod. But like in Hidden, the stark survival of the Welsh working class was an ever present, if a little on the hopeless side.

Bang had all of this and more. The backdrop being Port Talbot, warts, beaches, steelworks, motorways and all. It didn’t pull a single punch in the portrayal of the daily stuff of a police beat, following a spree of gun crimes in Series One and a savage killer on the loose in Series Two. But though life at times for a whole load of characters was unremittingly tough, it didn’t seem as universally grim and hopeless as Hidden, or have the stolen idyll of Keeping Faith. Life is hard in this world of loan sharks, low wages, drugs, domestic violence, crappy crime and decay. Yet for all that, there are characters who still bring warmth and joy, office banter and small tender moments of friendship and family life. Even poor old Sam Jenkins, bullied, friendless and prosecuted manages to have happiness and a sense of humour in his grasp. I say this having just wrapped up a stunning conclusion to the six part second run, which certainly didn’t cue things up for happy ever afters. 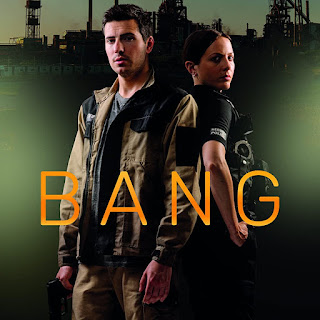 There lingers too the possibility of justice not being served. It's possible that bullies, murderers and rapists might break an unwritten rule of TV drama and get away with it. Bang also has an earthier menace to it, man-made malignancy, rather than an ethereal lingering evil of the kind we saw so profoundly in Requiem, and hinted at from time to time in both Hidden and Hinterland, where there's always a hint of the weird and the eerie. Hopefully there are no spoilers here, and this is enough of a recommendation. Just watch it, absorb yourself in it and try not to have nightmares. The cast are (mostly) tight and the creator Roger Williams' script sparkles with bilingual delights. But in Catrin Stewart as Gina, and Jacob Ifan as Sam, you have two performances that would earn a BAFTA, or equivalent, in any language.

A final thought though, did nobody care what happened to creepy Russell?
Posted by Michael Taylor at 9:26 am

If you read then you should try 'Malcom Pryce's Aber series, very funny. Also, John Williams's Cardiff Trilogy, Dave Lewis's Hagar Trilogy and his new novel The Welsh Man - excellent. Another good book is RM Kain's Jock of the Bay.