Stockport local elections round up - a few thoughts 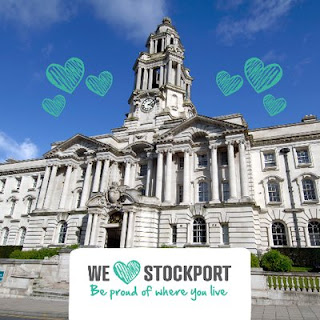 So Stockport still has a minority Labour administration. There were a few gains here and there between all the main parties, but through all of the triumphs and disasters for all three parties what we have is a return to pretty much where everything was before.

Labour will be particularly delighted at the gain in Cheadle Hulme North by the narrowest of margins (2 votes!) as well as a further consolidation in Manor on top of securing their heartland seats in their core six wards, two with new candidates. A by-election in Edgeley and Cheadle Heath to re-elect a sitting Labour councillor will be held in three weeks time.

The Cheadle Hulme North result is the most dramatic one of the night, a result that prevented a breakthrough to the Liberal Democrats possibly becoming the largest party. Labour's joy there will be tempered by disappointment in Offerton, which a new candidate held for the Liberal Democrats.
It was generally a bad night for the Stockport Conservatives, failing to take Marple South & High Lane and losing Hazel Grove.

What follows is analysis and commentary, I have no skin in this game any more.

Candidates and campaigns matter
The only differences between the results in 2014 and 2018, the same cycle, were the Labour gains in Cheadle Hulme North and Manor. Labour actually fell further behind in seats it came close to winning in 2014 - notably Offerton and worse still, Bredbury & Woodley, where the Conservatives took 2nd place in a seat Labour were 182 votes off winning in 2012. Identifying a seat as a key target and having an energetic candidate working the patch makes so much difference to the result. But the longer it goes neglected, the harder it is to persuade voters that the party is serious.

The more local the campaign narrative, the more it suits the LibDems
In wards where the local campaigning narrative is about intensely local things, then the more likely the Liberal Democrats will win. At a time when allegiance and voting habits are driven by how people feel, it's not to the LibDems advantage to have people think nationally. The Conservatives can't run a campaign to stop the left wing lunatics running the Town Hall because they're in no position to influence it even if they won. Plus, it's also not true. It's a fantasy of the Westminster bubble to make the elections about Brexit, or a trial run of the General Election. The composition of the ruling group never featured on the LibDem strategy. Just bar charts, local credentials and claims to be working for you all year round. They can do this effectively because it's what they are known for, it's their brand.  The other parties tried to compete on this terrain and failed, except in Cheadle Hulme North, where the LibDem habit of borrowing voters backfired. There's a new conversation on the doorsteps which Andy Burnham's landslide to be Mayor has changed.

It's about building for the parliamentary seat
It depends how you define success. Note that the Liberal Democrat successes were in every single ward in the Hazel Grove constituency, which they lost to the Conservatives in 2015 and failed to make up ground in 2017. They once held all three seats in Manor ward, which is in the Stockport parliamentary constituency, now they have none. They have retained an office in Romiley where full time staff work alongside the candidate (now a Councillor) to mount a campaign worthy of a General Election. A narrow loss probably suits this objective.

But boundary changes change the optics
A new parliamentary constituency of Marple and Hyde has been recommended by the Boundary Commission and may well be formed in time for the next General Election in 2022. On the number of seats by winning party, per ward, it's LibDem on 4, Labour on 3 and Conservative on 1. But calculated on vote share across the 8 wards that will make this up, it will be a tight three way fight, but it will be a Conservative seat with them leading 8889 votes to 8280 LibDem and 8099 for Labour. However in two of the Tameside wards the Liberal Democrats failed to field a candidate and in all but one of the seats Labour failed to win, they came third.

A word on turnout
Most people don't vote. The contested wards saw turnout hit 50%, where getting 1800 votes still didn't win it. But while Davenport & Cale Green had 28% heading for the polls, it dropped as low as 22% in Brinnington and Central.

No appetite for independent candidates
The Heald Green independent trio remain an anomaly. Attempts elsewhere, such as Marple North never got anywhere. And John Pearson got 49 votes in Manor for his anti-austerity crusade, 10 more than he did in 2016.

What will happen at the council?
There's always the possibility of defections changing the balance, this is Stockport afterall, where egos and emnities can run deep. But ultimately it will be back to business as usual and filling in all those pot holes the candidates have spent the last six months pointing at.