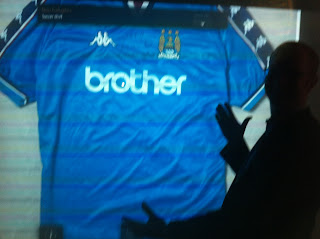 It's difficult to know where to start with summing up our visit to Google's funky downtown San Francisco offices – so I'll follow the money. The business makes 95 per cent of its profits and revenues from advertising. They also give a large number of their 25,000 global workforce tough and aggressive targets – they hire the best people with a gruelling interview process. That's a hard and commercial facet of this powerful expanding business that is disrupting and dismantling the traditional media channels and processes. And they measure absolutely everything, most notably their people through Objectives and Key Results (OKRs).

I bet you weren't expecting to hear that. Certainly the Google presentation and discussion was mainly about the development of their fun creative culture and the strategy in all of their markets ranging from YouTube to Gmail and back through to Adwords and Adsense. Yes, the company give everyone 20 per cent time to work on their own projects. In reality that though is 120 per cent time. Yes, they innovate through accessibility. And yes, genuinely Google stays true to its mantra of making the world's information accessible and organised for everyone. They are tactics that ultimately serve the strategy – all the time, relentlessly. They provide relevance, they innovate to take advertisers ever closer to real opportunities. None of it is an accident.

It is an awesome organisation.

So Jerry Engel starts telling us all a story about the conversation at his book club the night before. There were a few VCs, some entrepreneurs, and him of course a guru of innovation and entrepreneurship and an adjunct Professor at the Haas School of Business at the University of California at Berkeley. You know, he says, your typical crew. Wow.

This man is a powerhouse of ideas, a real thinker. He pushed and prodded us all, tied his thoughts into what he knows about Manchester and the potential to create a Graphene Valley in our home city region.

Innovation happens he says when it collides with waves of change – what waves of change are you part of, he asked? Position yourself at the crossroads of innovation and exploration. He went a long way again, to describing how Silicon Valley works.

From the hallowed halls of Berkeley it was then a drive to the Valley past the prime premises of Facebook and Google and into the home of LinkedIn to meet one of the founder Allen Blue.

We signed non-disclosure agreements and so can't say too much about what we talked about. Suffice to say just this – what you see in LinkedIn now is just the beginning and there is so much more to come.

Allen told us the story and we debated the various ways we use the current LinkedIn, there were reasons for why it looks how it does – and if we had anything to say, then here was the guy who was ultimately responsible – so we were saying it to his face! Incredible – just another day on the Learning Journey.

The last stop of the day was at the post-industrial creative factory of ideas that is Obscura Digital, officially the coolest office in the world. where the strikingly handsome Shawn Biega, their VP of sales treated us to a demonstration of innovation and technology in action – how these awesome interactive video wall installation transform a retail experience, but also how they work in hotels, businesses and even as projected light shows on buildings. Yes, these guys have lit up the Coca Cola HQ in Atlanta, a mosque in the United Arab Emirates.

Their mission statement is 'If you can imagine it, we can create it.' They've even lit up the Hard Rock Hotel in Las Vegas with an interactive display of music artefacts, we particularly liked playing with the Beatles and Oasis pieces.

Posted by Michael Taylor at 2:18 am

Thanks for giving us a flavour of the valuable insights you are gaining from your trip through Silicon Valley. It sounds like a trip of a lifetime.

The one lot of individuals you do not seem to be meeting are city officials and property developers, two interest groups which have had a disporoportinate influence on Manchester's economy in recent years.

Hope that at the end of the trip you are going to blog on what Manchester needs to do to turn the dream of Graphene Valley into reality.