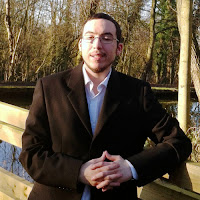 I noticed that the Marple Conservatives have named a candidate in the forthcoming election - let me introduce Carl Rydings, who will be standing in Marple South, our ward.

I'll keep up to date as best I can, but as I mentioned in the previous postings, the chances of an independent candidate standing have passed. I would love to step up to the plate and represent this community, but I just can't spare the time, I'm planning a new business, which is going to be an enormous undertaking, and I have a large family. On top of all that, I am juggling all my domestic responsibilities with being a school governor, football club committee member and wishing to do all I can to stop Asda.

I've made my feelings clear on Shan Alexander, she must go. So I await a strong showing from Carl Rydings, the candidate best placed to beat her.
Posted by Michael Taylor at 7:07 pm