Analyse this - a Blackburn Rovers fan on the couch 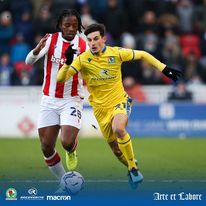 Football has a habit of messing with your head. Any game can only have one of three outcomes; win, lose or draw. On balance, I can probably live with that most weeks. I can also accept that in most seasons, because I see more of Blackburn Rovers at the home games than the rare occasions when I go on away trips, therefore I expect to see more wins than any of the other outcomes. This may not be statistically in tune with reality, but I have conditioned my brain to expect that outcome in the face of all other probabilities. With away matches, I expect Rovers to lose, and therefore my default response is disappointment, but not embarrassment or anger, as it tends to be at Ewood. It’s what psychologists of the transactional analysis theoretical school might refer to as my ‘football ego state’.

Yesterday at Stoke was just like that, but something was going on in front of me that contested every neural signal. This is a good team, knowing what to do, playing against a home side lacking belief, which wasn't for me to worry about.

It was with nervousness that I revisited my case notes after this same eleven players, give or take, were ruthlessly taken apart by Fulham and subjected to a 7-0 home defeat.

OK, I confessed to feeling numb and said it felt like the slow death of a football club. That’s probably the bit where I was catastrophising. Where a good therapist would lean in and say, “but is that really true?”

But having looked back, I stand by most of the rest of it.

In essence, I said I like this team, but that the club feels adrift. Nothing's changed, really.

There was certainly lots more to like about them at Stoke. I could just list the players from 1-11 and all of the subs, and then single out John Buckley for extra praise, as everyone else has rightly done. But more than that there was a togetherness about them.

I also said the lack of confidence and momentum means we slot in and play how the opposition want us to play. I said I find it hard to understand some of Tony Mowbray’s decisions and tactics. 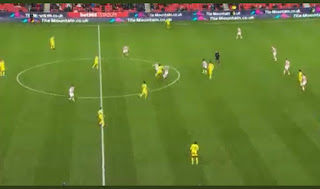 But when I look at that picture from the set up of the team just before the goal it describes vividly to an over-emotional footballing know-nothing like me what wide wing backs, overlapping centre halves and a high pressing creative midfield linkman looks like.

And as everyone with a platform to say so, has said so, the comeback from the Fulham thing has been remarkable and a testament to the character and determination in the team, from the manager.

I don’t get involved in the social media barracking of ‘brigades’ and ‘mobs’ and ‘the same people who said this now say’. I'd advise anyone reading this not to either, not because anyone is wrong, it just won't make you happy. Because something else I said was that what I say doesn’t matter. What I feel matters, and I linked that to a sense of belonging.

What’s the identity of this club? These players? How can you articulate a positive message that would persuade someone to subscribe to these social attributes, to be involved, as a fan, a player, a sponsor, a day tripper?

Belongingness, it's called. A unique and subjective experience that relates to a yearning for connection with others, the need for positive regard and the desire for interpersonal connection. Or as we said on Saturday, "I know I am, I'm sure I am...". You know the rest.

It took a bad day to work that one out. And there still might be more bad days, but there's a word that comes to mind, and that's 'resilience'. The team clearly have it, it's the fans I worry about, especially this one.

Posted by Marpleleaf at 8:14 pm