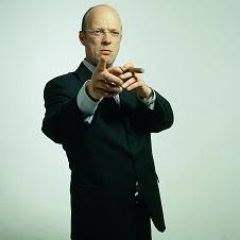 I was shocked and saddened to be told yesterday that the journalist Martin Regan had died. Even though we had a period of time where we were slightly bitter adversaries, I never failed to admire his dry wit and two-fisted editorial style.

When I took over as editor of Insider in February 2000 I was pretty stunned to get a congratulatory email from a predecessor and avowed rival. At that point Martin had fallen out with everyone at Insider and taken his EN magazine with him to a new venture, Excel Publishing. He used to point out that we were in fact a property magazine and in that first barbed introductory email he said he'd look forward to reading about "the next thrilling article" about "Eileen Bilton, industrial B1 workspaces in Runcorn and the price of sheds in Skem."

When we produced a 10th anniversary edition and I plundered back issues for nuggets I realised just what a fine writer and observer he was. His was a more acerbic and angry style than mine - and he never held back from telling me how he detested my embrace of corporate social responsibility, regarding me as an insipid Blairite - but if I was going to take barbs from a watchful opponent, then I'd better not be intellectually lazy or loose with facts. It was a strange but stiffening influence.

Over time we had a couple of lively legal disputes. One was his fault, one was mine. One attempt to get him to settle was met by the declaration that he'd rather cut off his own head than ever apologise or back down. But eventually over a long dinner at Nick Jaspan's house we crossed a line and moved on from such needless and wasteful squabbles. He was a man with a hinterland, a chess master, author, art collector, football lover, a writer and a father. He took more risks than most journalists and it made him all the more fascinating as a result.

At the Open golf championship in Birkdale in 2008 we were on the same hospitality table. We talked about the spoof Roger Cashman column which I'd started doing. I liked how he let me know he enjoyed it, without ever actually admitting it and we swapped notes on a few chancers and characters from around town who eventually found their way into Roger's imaginary orbit.

While I was serving my tedious year-long notice period I'd see Martin a lot more, initially on the street in Chinatown where we'd share a few more stories and tales of publishing comings and goings. We were both ready for something new and that personal competitive pride had ceased to be any kind of factor in our relationship.

Last summer I noticed he'd appeared on Twitter and was continuing with his pet rants about economics, politics and Manchester City. He was a natural for such a sparky environment, targeting the swirl of bullshitters that social media attracts. I helped him out, suggested he used that marvellous picture of him holding a fat cigar and pointing, instead of an egg, and that he boost his followers by joining conversations and picking fights. He soon got the hang of it, and I enjoyed chatting to him again.

Last year a national newspaper called me about a businessman I'd once written about and who features as a cameo in my book. I was slightly guarded and cautious, but also tipped the wink that Martin might be willing to talk a bit more than I had as he knew the character better (there had been litigation, I believe). When the journalist called again, his tales of what Martin had spilled were typically robust, ripe and utterly unusable. He hadn't held back!

As I've got older I've tried to make my peace with everyone I've ever fallen out with. It's for days like these.

A great post Michael and a honest fitting tribute.

Martin was my first Insider editor, and to be honest one of the hardest to work with. Opinionated, stubborn, irreverent and argumentative - all qualities that made for a lively interesting magazine and put Insider on the map. A sad loss.

Excellent tribute, honest and insightful I enjoyed reading that. Thank you. :)

Very sad to hear the news about him

I had the pleasure to work with Martin on Cheshire Today. He taught me about art and how to use the 'C' word appropriately. Such a sad loss