Deputy Flint has found her voice 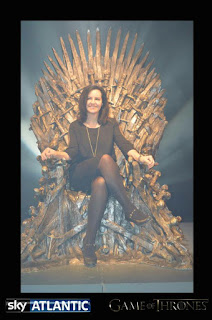 There comes a point in any political campaign when a candidate finds their voice, their rhythm and it clicks. Unsurprisingly I don't think any of the Labour leadership contenders are there yet. They're too cautious, too keen not to commit a gaffe. I say it's not a surprise because frankly they must be wrung out after an exhausting General Election and are right back in the thick of it with barely a moment to conduct the kind of campaign that plays to the disparate parts of the party as well as the country.

But on the deputy leadership issue my mind is firmly made up to support Caroline Flint. On John Piennar's politics show on Radio 5 and on Question Time this week I was mightily impressed with Caroline. She has that cadence, that connection with people and a fearless confidence I want a deputy leader (and a leader) to have. The very fact she's got on with it rather emphasises her own qualities of resilience.

She also has that authentic certain something about her - maybe even a few eccentricities, like a love of Games of Thrones - a family, a story, a way of talking to people across this varied and quirky country that doesn't patronise or demur.

The candidates aren't going to provide all the answers, neither must the party swing behind the anointed in September in a show of faux unity, but dig in for a deep and dirty understanding of what it takes to get back to power in council chambers, in Mayoral contests and in the General Election of 2020.
Posted by Michael Taylor at 9:09 pm