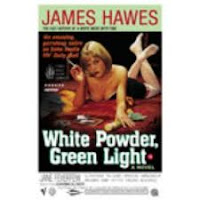 I enjoyed James Hawes' earlier book Rancid Aluminum, so did lots of people, including people who turned it into a film. But they didn't just make any film, but "the worst film ever made". In so doing they took Hawes from the status of "hot author of Brit lit" to a co-creator of this disaster. To be fair, I haven't seen it, but it must have hurt. White Powder, Green Light is his sweet revenge on the cocaine consuming tinsel Nero's of Soho and a sharply observed satirical swipe. There's nothing subtle about it, but I liked it for the savage portrayal of the film industry types, but also for some cheap shots at the Welsh media Taffia.
Posted by Michael Taylor at 9:07 pm