Music Therapy has it covered 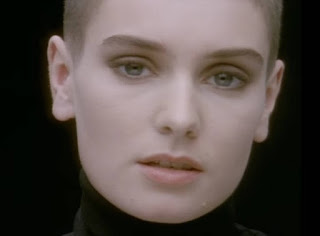 There's something great about a really well-performed cover version.

Not just a copy, but a really thought-through intelligent take on a great song. It gives the artist who is doing the cover a real credibility boost for having the sheer audacity to take a successful piece of work and put their own mark on it.

The greatest and surest trick is to respect the original, but do something new and different with it.

Sure, there are some takes on a classic song where you wonder why they bothered, but as I’m being true to my New Year pledge not to be mean on social media, or print media, I’ll do what my mum always told me to do - if you’ve nowt nice to say, say nowt.

What the Pet Shop Boys did with Elvis Presley’s Always on my Mind is a fantastic example of that.

They managed to add it seamlessly to their confident camp disco range of songs at their 80s’ peak, probably introducing the work of the King to a new audience.

There’s a story too about Marc Almond of Soft Cell working as a cloakroom attendant at Wigan Casino, the mothership of Northern Soul in the 1970s, and falling in love with a song called Tainted Love by Gloria Jones, the one-time girlfriend of Marc Bolan. When it was originally released in 1965 it was a b-side, and a commercial flop.

Within a decade Soft Cell’s reworking of it quickly became an 80s’ pop classic, selling a million copies, making it one of the best sellers of 1981, alongside the Human League’s Don’t You Want Me.

Then there are some songs where you probably didn’t know the original because the cover version is far more popular.

It just so happens that quite a few of these were written by Prince, probably the greatest musician of all time, so it seems only fair that he’s able to spread his genius around to the benefit of others.

The two most notable songs that were made absolute staples lying there somewhat neglected in the archive of His Purple Highness were Nothing Compares 2 U, which Sinead O’Connor (pictured) did such an amazing, heart-rending job of, and I Feel For You, which most of you will think of as a Chaka Khan tune.

That’s going to be a new feature on our show. Well known songs you maybe didn’t realise were cover versions, here’s the original, but which one is better?

We kicked it off last week with a couple of gems.

Firstly, China Girl by Iggy Pop, released in 1979. The song was written by David Bowie, and he later performed a very polished version on his incredible album Let’s Dance, the very high point of 80s’ slick pop mastery, given a big sound by Nile Rodgers from Chic.

Secondly, we dropped a glorious 70s’ soul track by Otis Clay called The Only Way is Up, which people of my vintage will know as an 80s’ nightclub floor filler with acid house tinges by Yazz.

There are loads more out there, so let us know your favourites and we’ll offer our humble opinions on which we prefer.

Unless it’s about the cover of Talk Talk’s It’s My Life by No Doubt, because there is nothing to debate.

This is my weekly column in the Tameside Reporter and Glossop Chronicle.