New cure for cancer still not as good as Succession 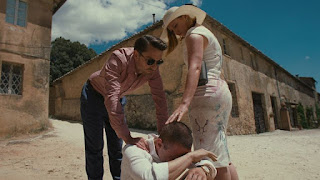 A few years ago one of those super smart spoof news sites, The Daily Mash, did a story with such searing insight it stopped me in my tracks. "New cure for cancer is good, says The Guardian, but still not as good as The Wire."

It can be easily updated today for pretty much any discussion of Succession.

It is so universally, critically and publicly applauded that I'm expecting the ferocious public backlash any day now.

I make absolutely no apologies for being one of those people who wax lyrical about it to people who haven't seen it. Since the day I acted on my mate Andy Westwood's very firm instruction to watch Succession, I've literally become that person.

Rachel was a later adopter and by the time we caught up with the beginning of series three it felt important to start all over again and familiarise ourselves with the subtleties of Waystar Royco, the cruise liners, cousin Greg, Stewie and Sandy, and other bits we might have missed due to the whip sharp dialogue. Trust me, if you haven't started season three yet, watch seasons one and two again. It is like watching a new series, there is so much you can't take on board or remember.

I keep having theories about where the main story arc might go - Logan for President, Tom or Kendall committing suicide. But if you think about it, nothing much has really changed from the very beginning. Logan is healthier than he's ever been and sort of still married to Marsha. None of the four appalling Roy children have come closer to fulfilling their own ambitions. It's like a horrible game of snakes and ladders without, er, any ladders.

This is a long way round of saying that Succession has been the best TV I've seen all year. Honourable mentions to: The Landscapers, Fargo, A Very British Scandal, The Girl Before, Time, The Terror, Line of Duty, Baptiste, Modern Love, The Investigation, Deutschland 89, Occupied, The Rain and Lupin.

Posted by Marpleleaf at 3:18 pm