Twelve of the best - a lifetime of live music 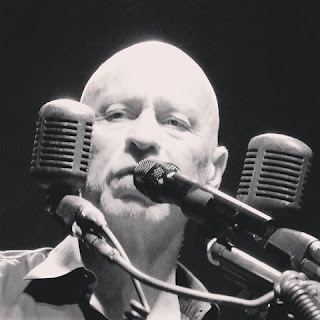 When Alexander the Great was 33 he cried salt tears because there were no more worlds left to conquer. On June the 7th 2018, two months before my 52nd birthday, at a venue called the Troxy in London's East End, I watched one of my favourite bands of all time run through an emotional journey of their catalogue. Matt Johnson's The The represented the last living band I've craved to see live, but until that night never had the chance.

I've seen them all now. A lifetime of going to live music, seeing terrible punk bands at Preston Warehouse, the very best of them at Lancaster University (as described in this book here), taking coaches to Leeds and Manchester, sleeping on stations, going to gigs at stadiums, student unions, arenas, pokey venues, concert halls and churches. I can take a great deal from each one.

Obviously there are bands I've loved who I never got to see - The Beatles, The Clash, Nirvana, Johnny Cash, the Beach Boys. I remember crying with despair when my Mum and Dad told me, aged 13, that I couldn't go on the coach to Blackburn to see the Damned, yet I wouldn't cross the road to go to a punk gig now.

It's impossible to say which ones are the best performances, because live music has so many moving parts. It's also very rare these days that a band will bomb on stage, though Glasvegas were truly awful as I said at the time. But like trips to watch football it's as much about the occasion as the spectacle; the friends, the context, the circumstances, the whole day.

So, here are twelve of the best in roughly a date order...

The Jam - I saw them four times in my teens, obviously. All were amazing occasions, edgy, raucous, highly charged. I loved them at Carlisle Market Hall in July 1981 the best I think, partly because I went with my Penrith cousin John Warwick, but it seemed to mean so much to the audience there who had been there all day. We even went to see the sound check. The Jam connected with their audience like no other band I've experienced. Even seeing two thirds of them in 2007 at Preston still made the hairs on the back of my neck tingle.

The Teardrop Explodes - Lancaster University, 1981 - I think on balance, this was my favourite of all the concerts we were lucky enough to experience on our doorstep as kids. They were promoting the difficult and more melancholy second album, Wilder, which never quite reached the heights of their debut Kilimanjaro, but I loved it all the same (teenagers, eh?). I was lucky too to have an older friend, David "Baz" Baron, who inspired my eclectic love of music and had a wonderful dry humour. We went up early and took in the sound check, even meeting Julian Cope and Troy Tate. I was proper knocked for six when I learned that David had died in his early thirties.

The Pogues - a tremendous live experience where the audience always made the occasion. I think I probably enjoyed seeing them at Manchester International 2 in 1986 the best, a proper barmy night.

David Bowie - I saw the Duke at Maine Road, Manchester, 1987, a surprise for my 21st birthday from my girlfriend at the time - it was my first stadium gig and the first with all kinds of audio visual trickery and lighting. It blew me away visually as well as musically and was a true work of genius, even if the Glass Spiders stuff was pretty crap.

Prince, Earl's Court, 1992 - quite simply the best musical performance I've ever seen. I went with my Australian pals, including Stu McGavin (RIP) who always chased the big moments in life. For energy, atmosphere, and the sheer thrill of watching him play the solo on Purple Rain was something to behold.

Oasis, the best I saw them was in America, when they were far better musically away from home than they ever were during the adoration of the laddish 90s. I'd grown tired of them by the time of Knebworth and Maine Road. But in one of life's great happy coincidences, I was in the US for work in 1996 and they were playing at the Bill Graham auditorium in San Francisco. Me and my sales manager Michael Mullaney went along to see a bit of history, they went out with Black Grape that night and bizarrely cancelled their next show in Los Angeles due to ill health.

Manic Street Preachers at the Town and Country, Kentish Town, 1996. I loved the Manics through this time, the aching tragedy of their story, but the energy of their live performances added something very special to a very accomplished crop of songs on Everything Must Go. I first saw them supporting Oasis in Cardiff as they returned to playing after Richey Edwards' disappearance. I've  seen them in Arenas since, but this was a great sized venue. It wasn't the London gig on that tour where Kylie joined them on stage for Little Baby Nothing, but Liam Gallagher got on the stage at the end and jumped around. Idiot.

U2 - I've seen them three times, pretty much in ten year intervals and they have got better each time in correlation to the comfort and conditions in which I watched them. First was at a rain sodden Milton Keynes Bowl supported by REM in 1985, dodging flying bottles of what I thought was stale beer. A decade or so later at Cardiff Arms Park for the Achtung Baby tour, which took five hours to get home to Bristol, then in Manchester in 2005 dancing to them knocking out Vertigo from the luxury of an executive box as guests of Manchester City FC. A class act.

Elbow - I don't think I could ever see Elbow in a standard venue after seeing them in very special situations. Either with The Halle orchestra at the Bridgewater Hall for my 40th, or at a special gig at St John's church in Hackney in 2011 which Mencap invited us to as a thank you for raising up to £40K a year through the Y Factor events I was involved in with Jeremy Smith, sometime financier, and musical genius with Barclay James Harvest. I took my best pal John Dixon, who has always introduced me to great music, these included. I never tire of One Day Like This, nor the folksy intimacy of an evening with Guy Garvey.

Amy Macdonald at the Lowry, 2012. I sort of regard Amy Macdonald as a guilty secret, but her musicianship, poise and energy are as good as anyone I've ever seen. My review at the time, said: "the set she did was perfectly constructed. New, old, stripped down acoustic versions, signature hits, even a brilliant cover of Jackie Wilson's Your Love Lifts Me Higher. She ended the set with a stirring rendition of my favourite track off her first album - Let's Start a Band - a great song even without the horns and the choir." It was also a realisation that I preferred theatres to standing in halls and arenas. And I preferred the audiences who weren’t as beery or waving mobile phones around trying to capture the moment. It’s totally an age thing.

New Order at Castlefield Bowl for my 50th. I don't know why but I'd got it into my head that New Order were no good live, so despite being one of my favourites I never made the effort to see them. In a way, it set everything up perfectly for this special day. They were blisteringly good, the venue was spectacular as well. You get close to the band wherever you are there, but we went right to the front with the pyro and the general mayhem and madness. Rachel got us these tickets for an eye-watering amount, but I still thrill thinking about it now. A perfect birthday. Seeing them at Manchester International Festival with our Louis a year later was a bonus.

And finally, as a bonus, The The at the Troxy, June 2018. As I said, it's about the occasion. I saw Matt Johnson doing a Q&A in Manchester around the release of his documentary film The Inertia Variations, with Steven Lindsay, the most prolific gig goer of my generation (Steven sorted the Troxy tickets and couldn't go. I swooped). The event that night reminded me how much I tuned in to Matt Johnson's intensity. He's an expermental artist, so I didn't know quite what to expect, but it was  a traditional tour de force, requiring a real versatility amongst his assembled band. For all it's majesty, the venue was a challenge, and I liked how he discouraged cameras, an instruction that was largely respected. Going for a Turkish with John Dixon beforehand, then strolling around this part of the East End was all part of the experience. In truth, the set had its peaks and therefore a dip of energy half way through. But just hearing This is the Day, Heartland and Lonely Planet felt like a completion.

So there we are, what a list, and still no room for more than a few who almost made the cut and for whom they delivered varying tempos of concerts of immense power, beauty and professionalism,  that I enjoyed massively: REM, Bruce Springsteen, INXS, Duran Duran, I Am Kloot, The Housemartins, Stone Roses, Radiohead, James, Neil Finn, The Cure, Squeeze, Oh Susanna, The Flaming Lips, Morrissey, Prefab Sprout, Echo and the Bunnymen, The Farm, Coldplay, Billy Bragg, Roddy Frame, Teardrop Explodes, The Specials, Madness, The Triffids, The Men They Couldn't Hang, Take That (Progress tour with the Pet Shop Boys), Simon & Garfunkel and Neil Diamond.
Posted by Marpleleaf at 9:10 pm