Stockport’s Market - a step in the right direction 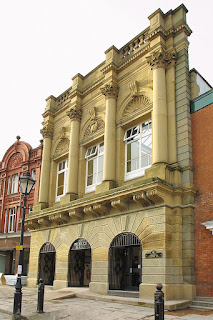 I was delighted to learn last week that Stockport Borough Council have selected Steve Pilling to develop the Produce Hall opposite the market. We're frequent visitors to the market area, which to my mind is brimming with potential. Creating more buzz around the market, the other neighbouring property assets and bringing interesting ideas to play is the key to taking this whole area to the next level. There are limited levers that councils can pull, but this is just what Stockport Council have started here with an active intervention.

Over the years there have been loads of small initiatives in Stockport that have been "alright", but when added together have not been transformational. I don't think anyone can claim that the dribble of money that the Mary Portas project provided has made anything like the splash that was hyped, nor could it ever have done.

Inevitably, this being Stockport, it's caused a rumpus, with one of the unsuccessful bidders to operate in the building expressing particular upset. This is a shame. If Steve Pilling were in fact Wetherpoons, I could see their point of view. It would be a wholly inappropriate use of the space and be a regressive step in how the Old Town area should be going. But he isn't. He's a credible and creative leisure entrepreneur with some great plans to open through the evening. I love what he did with the Chop Houses in Manchester, with Damson, the Dock House and during his tenure at the Red Lion in High Lane.

Building a place is about doing so in a gradual and authentic way. Adding new things to what exists is smart planning, rather than torching the past. I'm pleased then that Foodie Friday (on the last Friday of each month) will continue, so too will the Council's small subsidy towards its running costs, and I truly hope that the organisers use this opportunity to expand it and think even bigger.

I hope all of the unsuccessful bidders for this opportunity - and I understand there were several - remain excited by the momentum of what's going on in Stockport centre. The by-ways and nooks of the market area have a genuine character, something to be built around and enhanced. In turn the market can evolve into something sustainable beyond being a collection of competitive alternatives to B&M and Poundland.

By the by, I hesitated to post this last week when the supporters of one of the losing bids were lashing out in a state of frustration. I understand that, but it got too personal. Allowing comments on a Facebook page to go unmoderated, when they allege malpractice and corruption, isn't on. It is always possible that someone else made a better application, and that the door is always open.
Posted by Marpleleaf at 3:55 pm