Manchester Mayor - at last, the penny drops - this is a golden opportunity 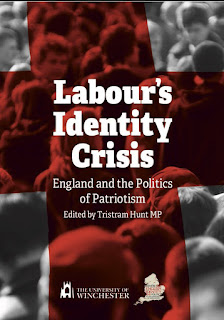 There is now a wide open window for some creative energy to blow through the campaign for a Greater Manchester Mayor in 2017. One that not only seeks to build on the incredible range of powers devolved to Manchester, but to start thinking about what else can be done.

But there are also massive risks for Labour, which I have outlined in this new book, Labour's Identity Crisis, England and the Politics of Patriotism, edited by Tristram Hunt MP and published by the University of Winchester.

Overshadowing so much of what social democracy can be in the next century is Scotland. Labour’s destruction there, the surge of the Scottish National Party, is underpinned by three major drivers: economic justice, national identity and a statecraft to address the other two.

In the North of England, I’m convinced of the need to address the first. In fact, everyone is. Where I see an opportunity is through devolution, federalism and empowerment at the most appropriate level that finds a way to tackle this imbalance. Where this is trickier is in how anyone can negotiate the political and cultural structures that underpin this. In truth, the compromise of an eleventh member of the Greater Manchester cabinet - effectively the power that a directly elected Mayor will have - isn't massively game changing. There has been a stark lack of buy-in for a devolution project that offers us an opportunity to shape our own destiny in ways that have never been granted before. Yes, it’s flawed, and yes, there is too much emphasis still on a sequence of dismal caveats, summed up in eight binding words – ‘at the discretion of the Secretary of State.’ But it’s a start. Just as Scotland was.

What brighter future can be imagined? What does a Manchester Health network look like? How do we encourage the values of co-operativism in the delivery of public services across the whole of Greater Manchester? And how do we encourage ambition, innovation and prosperity in a cold climate?

We still have a lot of growing up to do, but maybe as a city region and as place at the forefront of a new social democratic politics we can build on our successes, not just wallow in our defeats.

But there’s a weakness in the identity element here too, a massive deficit from the Scottish experience. Any regional English political project is inevitably tied to weary Westminster culture where Labour are losing and seem hell bent on continuing to do so. If Scotland has taught us anything it is that the firm link between identity politics, aspiration and better governance has proved truly inspirational. Similarly in Catalonia.

There are pockets of surging civic flag waving in our cities, but they are not a foundation upon which anyone is suggesting we can build a viable political project. But it could be. In this age of political easy answers it is not beyond the realms of the imagination that a popular, successful Mancunian, with no particular political ties, could emerge as a catalysing and insurgent force. What if Gary Neville thought he’d like a go? A Manchester Movement, led by a successful sports personality, a super-bright business achiever too, a well-connected property developer and savvy media performer. The more you game it, the more urgent it becomes to seize the opportunity to do a Greater Manchester version of our values in a bold, inclusive and distinctive way.

Much as I’d like it to be so, there isn’t a strong Northern or Greater Manchester identity anything like as historic and emotional as that which drove the Scots awakening and sustains support for some fairly poor statecraft under the SNP.

But maybe cities are different? More open, modern, globally focused and therefore less tied to a static view of nationhood. More English, in fact. For there has to be far more to a modern English identity than just Britishness with the Scots lopped off the top.

Posted by Marpleleaf at 8:58 am