Howard Kendall dared us to dream 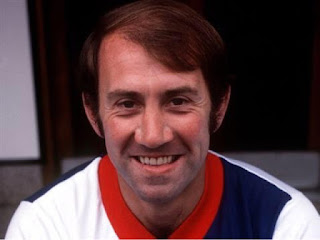 Howard Kendall was Blackburn Rovers manager when we hit rock bottom. A 3-0 home defeat by Rotherham United in 1979 left us at the bottom end of the then Third Division. Fast forward to the 2nd of May 1981 and that morning, aged 14,  I set off on my own on the train to Eastville stadium Bristol, home of another Rovers, as we dared to dream of a promotion to the top flight.

It wasn't to be, football is full of such highs and lows and false dawns. Howard Kendall made me fundamentally shift my view of what it meant to be a Blackburn Rovers supporter. From that dismal September Saturday to the brink of something special. It was one of those amazing, reach for the stars times.

The football supporting life I bought into was safe, unthreatening and lacking any real ambition. It was part of something traditional and grounded, rather than modern and aspirational and successful. That promotion season and then the possibilities of a second surge the year after changed all that. He dared us to dream.

It was against Derby County in the play off semi final in 1991 where all that existential suffering and angst came to the fore again as we slumped to 2-0 after 20 minutes. What are we? Why are we? What is this curse that stops us reaching to that next level. Amazingly, incredibly, we won 4-2. It was the most emotional I've ever been at Ewood ever.

A minute's applause for Howard Kendall before last night's decent draw with the Rams doesn't come close to conveying what he did for the club. Read Jim Wilkinson's pain staking and brutally honest fans' account for what it meant, but take it from me, without Howard Kendall, there would not have been a Blackburn Rovers that Jack Walker could have deemed worth 'saving'.
Posted by Michael Taylor at 1:42 pm

I endorse these sentiments fully. I shed a tear last week when I heard the sad news.