Getting stuff done - a week of substance, over and style 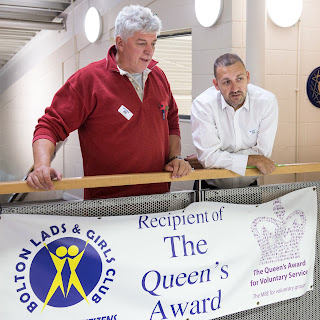 If you get the chance go and look around one of the Youth Zones in the North West. You can't just drop in, these are safe places for young people. But go and talk to the volunteers and fundraisers about the outcomes of the work they do, but also how humbling and personally beneficial it has been to everyone who has been involved.

I spent the morning at the Bolton Lads and Girls Club with Nick Hopkinson (pictured), who is a real force of nature. An entrepreneur, adventurer and fund raiser, he spends 80 per cent of his time "messing about and raising money" travelling the world while doing so and shining a great amount of light into this part of Bolton.

I'll be writing this up for Onside magazine, which I produce for my client Seneca, a business with real substance, incredible reach and deep humility amongst its team members. This was demonstrated in spades two weekends ago when a gang of them romped through Delamere Forest together in the Hellrunner half marathon, raising a chunk of money for the Bolton club. These exercises work on so many levels, yes, the funds for the kids of Bolton, but also the togetherness and greater sense of mission that doing something this engenders.

This connection to the values of a charity is particularly important at a time when Kids Co is being pored over and charities have undoubtedly suffered reputational damage through aggressive fund raising, high salaries and a lack of accountability.

We went to see the new James Bond film on Monday. It was a rare full family outing to something we could all enjoy. Two things stood out. One was the fact that SPECTRE is like a James Bond Greatest Hits tour. The whole band back together for a huge rally for the true fans. The opening scene with skull masks was a top hat tipped towards Live and Let Die, and so it flowed. Secondly, I was struck by how dominant Daniel Craig was in every single shot. He was styled, choreographed, poised and dressed like each scene was a commercial or a pop video. His walk, his every look was an exercise in making the job of his successor an impossible one. 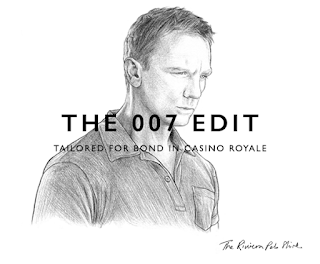 One of my own obsessions is with classic British clothing brands - John Smedley, Clarks, Loakes and the one that was featured in the film to luxurious effect, Sunspel. I love the well made crafted simplicity of their shirts and underwear. They produced the boxer shorts that Nick Kamen wore in the famous Levis laundrette commercial in the 1980s and changed how men dressed down below.

This week has mostly been about getting over the crushing disappointment of the derby day defeat in the East Lancashire t'classico to Burnley. It's never good to lose a game like this, but all we can really do is remind ourselves for those thirty odd years when we were dominant we had a league title, a cup and two promotions to show for it. I can't imagine how unbearable that must have been for them. There is absolutely no danger that our claret cousins will achieve anything like that level of success. We just have to savour the memories.

Finally, we did a Discuss nuclear debate on Thursday this week at the Science Festival and an event in Liverpool to read from my book and sign a few copies. It was great to meet so many new faces, but also made me all the more determined to link everything that I do with something worthwhile. I'm going to start by donating all profits from sales of 40 by 40 to the OnSide charity.
Posted by Michael Taylor at 8:58 am