Malcolm Gladwell at the Liverpool Phil 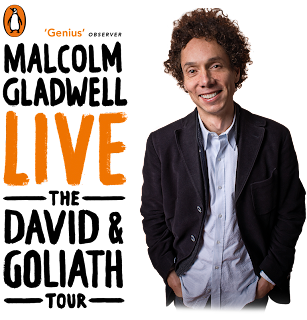 To Liverpool for a performance by Malcolm Gladwell. As I've said before, I'm a fan of the pop-sociologist and storyteller. In my profile on Propermag I name him as one of my favourite "five things".

But this was a strange event. Strange, as it was in a magnificent theatre, but the acoustics were dire. I couldn't quite hear what he was saying some of the time and when it's a one-man show that's pretty important.

I was also slightly puzzled that he chose Northern Ireland for his book about underdogs, but also to speak about in Liverpool, London and Dublin. Brave if nothing else, for North Americans can get the perspective badly wrong about who the bad guys were in that conflict. I refer to this piece in the Spectator to pick up that particular point - How Malcolm Gladwell Gets Northern Ireland wrong.

But negatives out of the way - I loved how he told the story of Alva Erskine Vanderbilt, the 19th century social climber par excellence. How different elements of her story told one way portrayed her as a hero of feminism, or from another view as a tyrant and a mother from hell.

All of which was a clever way of tacking the issue of legitimacy. People pay taxes when they feel government and authority is fair and respectful - it then gains legitimacy. Taxes are avoided, in Greece for instance, when the rule of law is widely seen as unfair. And it's a lack of legitimacy which causes much of the turmoil around the world. Other political theories around detterance don't cover this.

“People choose to obey the law not because of a calculation of risks and benefits but because they think of a larger justice,” he said.


"Alva Erskine Vanderbilt was a very unlikely radical,” Gladwell said. She built monstrous houses, divorced her philandering husband and prevented her daughter from marrying someone similar, pairing her off instead to the aristocratic Churchill/Marlborough family. And it is her ferocity in the face of unfairness and a lack of legitimacy that fires her.

“She does not stand back because she does not see society’s judgment as legitimate. She has been denied on every level the basic fundamental rules of legitimacy and she is angry. She puts every ounce of her domineering and ambitious personality into the cause and she is successful.

“Alva wins in the end and the message of that victory applies as much to this day as it did then. The lesson at the end of the day is that the powerful are judged not by their ends but their means. If you deny people legitimacy then they will come back and defeat you."

All told, it was enough to make me and my pal Alex want to buy the book. We missed getting one on the night as we were being social butterflies at the bar, him with this guy, and me with another old favourite.

Posted by Michael Taylor at 5:20 pm