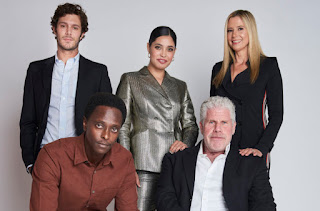 Here's a bit of a round up of some TV drama series we've watched. I'll review a few docs and films shortly, but this is a bit of a mixed bag.

Bloodlands (BBC) - terrible. I genuinely don't know how Ged Mercurio was involved in this. It once again showed one of the inherent weaknesses of BBC Drama, a childlike analysis of historic political issues, where good liberals revisit sins of bad bigots through a consistent and modern lens.

Deutschland 89 (Channel 4) - every bit as good as I was expecting from the unlikely communist James Bond.

Line of Duty (BBC) - I quite liked the ending. I thought it was neat and clever. That's sort of the point, there is no dark criminal mastermind. Everything else has been said. It's good at getting the suspense going, but the plot twists and red herrings are sometimes almost as comic as the needless jargon.

Unforgotten (ITV) - ITV has got better at these kinds of dramas recently. Nicola Walker in particular really shone out in this well-told, well-acted, well-produced tear-jerker.

The Terror (BBC) - If you sold me the basic premise of a Victorian shipwreck drama I'd struggle to believe it would work, but there was something new and different about this impressively acted series.

Investigation (BBC) - true story, set in Denmark, relating to a disappearance of a girl on a submarine owned by an eccentric entrepreneur. Painstaking and soul-destroying work.

Occupied (Netflix) - Unfortunately this got worse with each series. What started out as a smart take on a futuristic geo-political drama (Russia annexes Norway with EU support) just got silly and too focused on a personal melodrama.

Startup (Netflix, then season 3 on Amazon Prime) - The premise was good, and seeing Martin Freeman as a shady FBI agent was particularly pleasing, but the stand-out star was Edi Gathegi as Ronald. There are elements of Breaking Bad (ordinary people, organised crime, way over their heads) but overall it didn't reach those heights enough. That may be a high bar to have set, but on reflection there's enough to crave a fourth season. 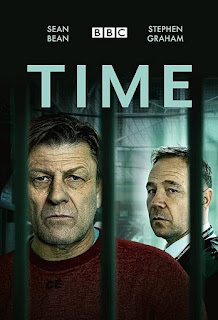 Colony (Netflix) - season 3 of this alien colonisation dystopia finally made it to the UK after 4 years. A bit of a mess, seemed to jump ahead and then around with very little context or explanation.
Baptiste (BBC) - the return of the French detective to a new series set in Hungary was let down by some strange time shifting, but to be fair it picked up towards the end. Some of his policing techniques (compared to the master sleuth he was in The Missing) were as bizarre as they were hopeless. Interesting take on radicalisation in modern Europe.

The Pact (BBC) - alright, there was a cartoon bad guy, some hammy predictable writing, but loaded with really fine British actors. Also, nice to see a Christian character that has flaws, but isn't ultimately trashed as a total hypocrite and is prepared to act selflessly.

Lupin (Netflix) - the second season of this stylish and moral French caper was every bit as charming as the first. Again, a dastardly bad guy, unlikely coincidences and a certain wit made it an easy watch.

And finally, the best thing we've seen for ages - Time (BBC) where two of English acting's greatest talents convey the raw terror of life in our prison system. Obviously I've no direct experience of life behind bars (and Time is a reminder never to find out) but the constant terror and bullying and mental illness is genuinely disturbing. Most impressive of all was the sense of pointless, wasted disasters that have led to people ending up in jail.

Posted by Michael Taylor at 3:07 pm