The problem with the Liberal Democrats 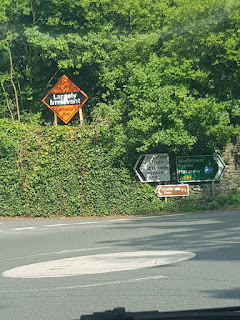 I read an extraordinarily disappointing pamphlet over the weekend. It started well enough because it was entitled Reinventing the Liberal Democrats - how to build a party for tomorrow. At last, I thought, they've got it. Given all of the political turmoil, the mess that the Tory government are in, the lack of focus from Labour on the biggest issue of the day, then it should be a golden opportunity for a centrist party to surge through the middle and offer a compelling vision for the future, as Macron has done in France.

It's a pipe dream though. The Economist's Bagehot summed up the Liberal Democrats pretty well, describing the party as "feeble", going on to sketch their predicament in stark terms: "The party's implosion after the coalition coincided with the opening up of its biggest opportunity in decades: the Brexit vote. Had the party entered the post-referendum world with 60 seats and a charismatic leader it would have had a chance of engineering the political alignment it always dreamed of. Instead it entered that world as a political husk."

The pamphlet, timed to fire up the activists at this week's conference in Bournemouth, backs that up with its central call: "Set out an inspirational purpose that is illustrated by signature policies and communicated through everything we do." The fact that it states from the outset something so obvious, so fundamental and so basic to any brand; especially so a political party, only serves to accentuate the crisis the party is in. The rest of it is standard stuff - digitise the party, lower the barrier to entry, be welcoming and nice - none of which anyone in any campaign group or party should have a problem saying. But that isn't why the document is disappointing, it's the lack of reach, the lack of ambition and the lack of generosity.

I've consistently argued that the LibDems are a party without purpose or point. Here, in July 2010, again in 2011 here, and again in the aftermath of the 2015 election, where I found them to be the ultimate "say anything, believe in nothing" party. At their high watermark they were the beneficiaries of protest votes from the New Labour dominance. Such an existence is unsustainable. It manifests itself in the pitch at election time which purely focuses on the negative. Positioning themselves in opposition as the party in the best place to beat the other party you hate the most. Laughably, this is illustrated to almost comic effect by their obsession with mathematically illiterate bar charts to record for political posterity. This betrays more than just a readiness to fight dirty, but an acute lack of confidence in their own purpose.

More than a few times I've overheard people saying that history will be kinder in its analysis of Nick Clegg's part in a coalition government with the Conservatives. It was an extraordinarily brave and bold thing to do, but one for which their 'core vote' or more accurately their 'peak vote' have never really forgiven them for. It's not the point of voting LibDem for them to be in power, but to salve your conscience that you are doing something positive. I'm not even so sure about that any more. Times have changed to such an extent that the opportunity is staring them in the face, but the party no more seems to want another tilt at power than a return to their comfort zone.

Next week: The problem with Labour.
Posted by Michael Taylor at 1:52 pm