George Osborne, you can't be an MP and an editor. You have to choose 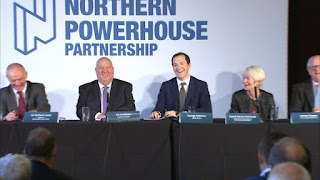 I agonised about getting involved in politics when I was a working journalist. I concluded pretty quickly that it wasn't possible. My constituency though was my readership. The business community of the North West. I ran campaigns, organised events, looked after their interests and held politicians to account, including the MP for Tatton.

On hearing the news today that George Osborne has become the editor of the Evening Standard the more I spoke about it, the angrier I got. It is an ambition born out of arrogance - a contempt for the people of Tatton who elected him, a disdain for the Conservative Party who's whip he will be under in the House of Commons and a neglect of the office of editor of a major city newspaper.

Maybe a better editor than me will know the collective noun for multiple conflicts of interest, but for now, as Guido helpfully lists them, we can call them "a Gideon".

I took his passion for the Northern Powerhouse in good faith. I accepted as a northern MP he wanted to create a legacy, I suspected it had an enormous capacity for hubris. Earlier this week I was saying to someone how he should have stood for Mayor of Greater Manchester, just to show he was serious. He clearly wasn't. And I now feel a bit of a gimp for giving him the benefit of the doubt.

Had he decided to resign as an MP, then that's his choice. It is wrong on every possible level that he can even comtemplate it. I suspect he hasn't properly thought this through or discussed it with his constituency association. When he does they need to tell him to resign.
Posted by Michael Taylor at 9:02 pm