Why I'm backing Peter Mandelson to be Chancellor 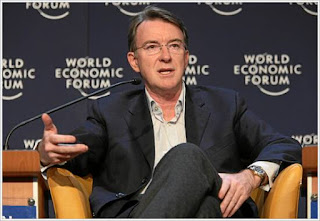 There's another election campaign underway, but it's relatively low key.

The position of Chancellor of the University of Manchester has attracted three strong nominations from poet Lemm Sissay, Sir Mark Elder of the Halle orchestra and Peter Mandelson.

As I sit on the General Assembly and am an Alumni board member I've been involved in several discussions for some time about the role of Chancellor and the process of electing a replacement for the excellent Tom Bloxham.

I have a good grasp of what the University needs.

This is nothing to do with the Labour Party, by the way.

But this is everything to do with where Manchester is going, where the University faces challenges and this is why I'm supporting Peter Mandelson.

I was concerned that some of the names being encouraged to stand were either too frivolous or too academically obscure. Let's be clear, none of the three candidates fit into that bracket. I am really pleased that there is such a strong field.

Manchester is a progressive institution with great ambitions. While the role of Chancellor is ceremonial, it is also ambassadorial and totemic. Anna Ford and Tom Bloxham did an excellent job doing just that. The University now needs to direct every resource at its disposal towards raising Manchester's name internationally and commercially.

That Peter is an international statesman of some standing is without doubt. He was a first rate EU Commissioner, his industrial activism as a Trade Minister saw him at his very best. To attract the attention of someone of such calibre is in itself a great credit to the University of Manchester. 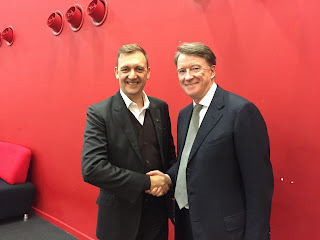 Peter came to talk to a group of us back in March. We asked him the most obvious question of all  - why are you interested in Manchester now? His humility and grace rather impressed us. He told the story of his enthusiasm for what the Greater Manchester city region has achieved and his admiration of what Nancy Rothwell wants to do for the University and to build its links with the modern world.

He was also refreshingly candid and open about this phase of his life and how the university will fit well with his range of engagements.

A powerful ally, a strategic brain and access to an incredible network. What's not to love?
Posted by Michael Taylor at 10:55 pm