A tribute to my favourite football team 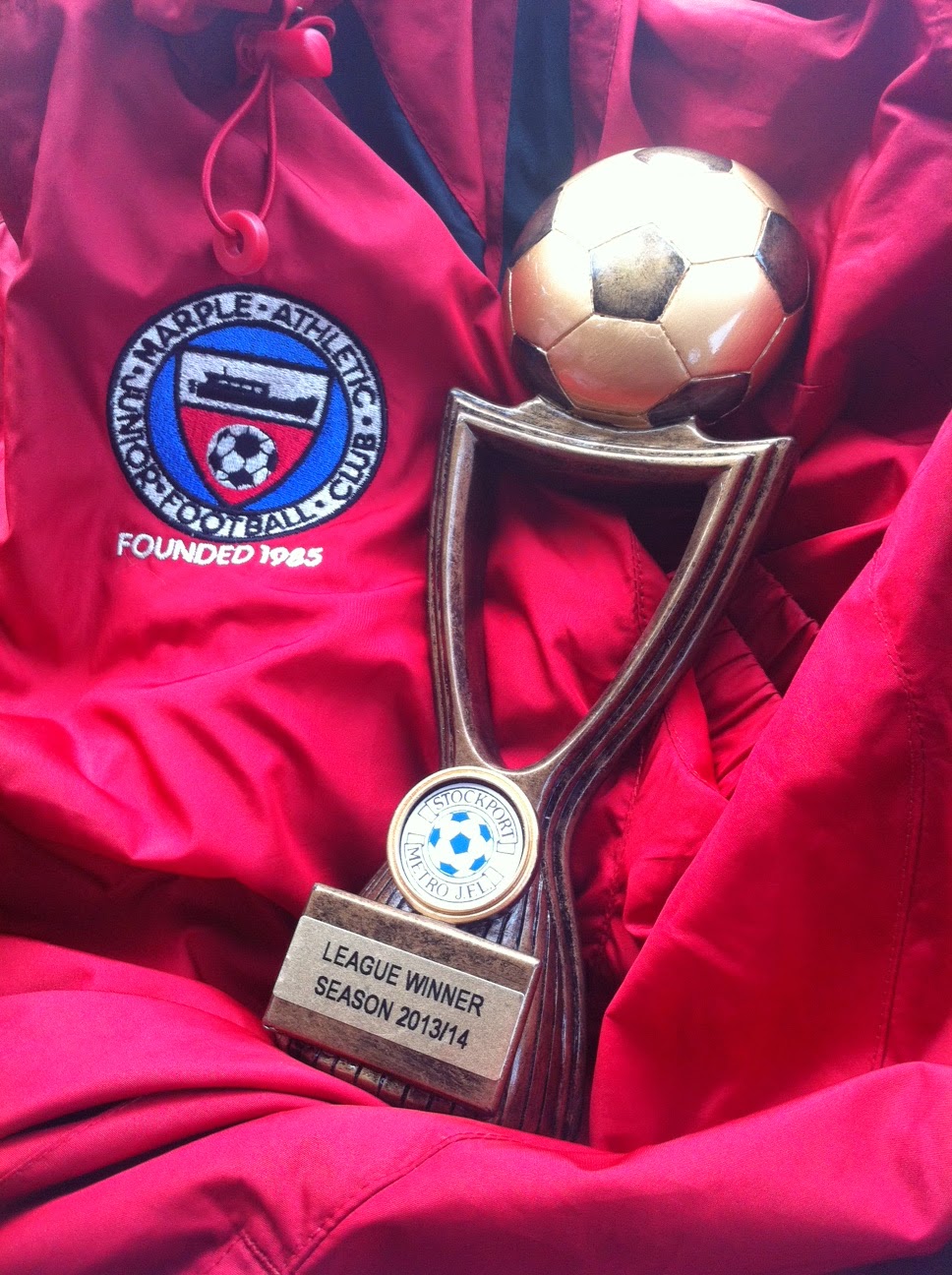 This has been a great football season. I have really enjoyed watching my favourite football team. I've enjoyed seeing the team get better and better. The way the players have gelled as the season has progressed and how their late burst at the end of the season resulted in a well earned title win and a promotion.

Yep, watching Marple Athletic Under 15s this season has been terrific. You didn't think I was talking about Blackburn Rovers did you? At any point?

I've fallen in and out of love with junior football, as I have with the professional game. When it's good, there's nothing better. When kids football at its worst is a very dark and ugly world. But that's not for today. Actually one of the things that has impressed me most about my son and his team mates is how they have dealt with the inbuilt adversity that comes from playing in the Stockport Metro League - poor pitches, gobby parents, swaggering opponents, bad referees, games getting cancelled. They didn't play at all through December, January and February. Unbelievable. But on the whole, they've just learnt to get on with it.

The preceding seasons to this one were hard. The team was a few lads on the wrong side of the teenage growth spurt and they lost more than they won as they come off worst as games got more physical.

More than anything though this season has seen all of that come together. It's about them growing up as a group of young men. I say this hesitantly but there aren't any dickheads in the team. They are all such good lads and they work really hard for each other. They're different, they go to at least four different schools, aren't necessarily friends beyond football, but it works. They seem to talk more to each other, apologise when they make a mistake and accept an apology when someone else does. Sure, they get frustrated when a decision goes against them, but they don't let it become the excuse. That isn't the case with a lot of lads of their age.

There are boys playing with my eldest son who have been together now since they were 6 years old. I've seen them change over the years, obviously, but universally they have all changed for the better. Lads have lost weight and got fitter because contributing on a Sunday means so much to them. I've seen a free-scoring forward dropping into midfield and play the best game I've ever seen him play in midfield. I've seen hard, clean, brave tackles that you'd stand and applaud if Vincent Kompany did it. I've seen long throw-ins, corners, free kicks, finger tip saves, last gasp clearances, holding the ball up, triangles, runs from deep, headers away. They can win in style, but they can win ugly too, and just three times, I saw them lose with grace. Pick up and move on.

I'm not ashamed to admit I have a lump in my throat thinking about it right now.

And the managers. Good Lord you meet some grade A pillocks in junior football. But we are blessed to have Jason and Padraig to run this team. Even with bad directions to away grounds, I couldn't wish for better. Here's the other thing about them now, they don't shout and rant and swear. They guide, they manage.

I had to send the managers my choices for players of the season and I was stumped. Genuinely. The only name I couldn't submit was my own son, which meant it was one less to perm from a squad of 14 or so. I so hope they carry on, because they have the potential to achieve more and more together.

I say all of this, of course, because us Dads have foolishly opted to play them in an end of season Dads v Lads match. Two years ago we battered them, but they were young boys. Now they are men. They are about to subject us to brutal retribution. Please be gentle.

Well done lads, what a brilliant season.
Posted by Michael Taylor at 2:50 pm