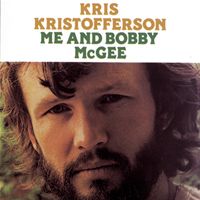 James Graham, a journalist of this wider parish of Manchester, presents a delightful show on community radio station ALL FM based in Levenshulme. It's called Charity Shop Classics and features music purchased in the ever growing number of charity shops. The idea of the show is to show how much great, eclectic stuff you can find. There are a few Charity Shops in Marple as we know and programme number 10 sourced some of its music from the Cancer Research shop on Derby Way.


James says: "I was delighted to find that this was just two songs: Graham Parker and the Rumour – I’m Gonna Tear Your Playhouse Down, and Kris Kristofferson – Help Me Make it Through the Night from the albums Stick to Me, and Me and Bobby McGee respectively.

"I remember thinking the general calibre of albums was pretty high, not too much battered stuff, or crooners like Doonican and Jim Reeves, or dreadful Scottish marching music." Here's a thing. They were both £1.99 which James thought was a premium price - the ideal rate being 50p or £1. "Sadly there's terrible price inflation in charity shops, fuelled by some stores who realised they were under-selling a lot of stuff." I thought maybe it's a Cheshire thing, but apparently not.

The show is on every Sunday morning 11-12 (apart from the first of the month) on allfm 96.9 which can be picked up across Greater Manchester.
Posted by Michael Taylor at 10:31 pm