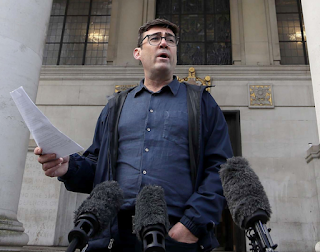 On the eve of the Local and Combined Authority Mayoral elections in the UK, I wrote a blog for the Universities Policy Engagement Network looking at the role Metro Mayors play and how universities can engage with them.

As we approach a new set of elections this May it’s worth looking at the impact on policy of the Metro Mayors.

Through this pandemic and lockdown, UPEN members rightly have focused on the changing Westminster drama that has provided an opportunity for the whole machinery of Whitehall to absorb new thinking to address a unique and (hopefully) once in a generation challenge. UPEN also has a subcommittee looking at opportunities to impact policy at a local level, but the very patchwork of powers is itself a conceptual challenge for us to frame a consistent strategy across Higher Education.

It took the spectacle of Greater Manchester Mayor Andy Burnham standing on the steps of Manchester’s Central Library in a North Face jacket to highlight the role played by Metro Mayors. At issue was the financial support to regions in various stages of lockdown. What Burnham drew attention to wasn’t just the inequity of the support offered but the very manner in which he was able to wield power. He may have the power to fire the chief constable of the police (which he has done), the combined authority of ten local councils also has control over health and social care budgets, but most of all he can set a strategic course and provide leadership.

It’s a reminder of the limits of Mayors, but also of their promise. Nowhere in the list of direct powers devolved to this layer of governance is there a requirement to address street homelessness, or to create a voluntary scheme for good employment. There are opportunities to fundraise by co-operating strategically with government. Yet Burnham has defined his first term by those very issues, and sought to increase the powers of his office. None of this would be possible without the widespread support of business leaders, networks of third sector organisations and, occasionally, local celebrities.

Much existing political science and urban studies literature has struggled to interpret the nuances of such an agile and networked figure in UK politics. Inspirational and populist leaders are nothing new, but the Mayors are one of those new structures that seem to work in practice, but not in theory.

Hopefully further research will be equal to that challenge.

It’s provided an opportunity for colleagues across disciplines at Manchester Metropolitan University to provide intellectual ballast to a number of policy initiatives started by the Mayor. Foremost of these has been the evaluation by the Decent Work Centre of the Good Employment Charter. It’s a piece of work that is ongoing, but places the University’s academics right alongside the processes of policy development and builds relationships between the wider bodies. More directly, the city region’s low carbon energy strategy has been directly informed by the work of the University’s Fuel Cell Innovation Centre, a well-recognised beacon of expertise in developing a future hydrogen economy. The director of the Centre has presented at the Mayor’s Green Summit, but more significantly has brokered a partnership deal between the University, Greater Manchester Combined Authority (GMCA), Trafford Council, Carlton Power, Cadent Gas and Electricity North West to join forces to set up a hydrogen production hub at the Trafford Low Carbon Energy Park – a green energy storage facility, which already consists of a number of Net Zero industrial projects in support of UK Government objectives.

It’s fair to say that other city regions are someway behind Greater Manchester on the development of a policy making culture around its Mayoral Combined Authority. West Midlands and the Liverpool City Region have fewer powers vested in them, West Yorkshire is only now on the brink of electing its first Metro Mayor, and none of them have a figure as recognisable as Burnham on the ballot. What they all will have however is a hunger for ideas and initiatives that can propel them into the kind of position where they get talked about as ‘king of the North’. For the moment though, that’s a title Burnham has a firm grip on.

Posted by Michael Taylor at 2:20 pm