Help me out, Charlotte - letters to a Labour activist from the political wilderness 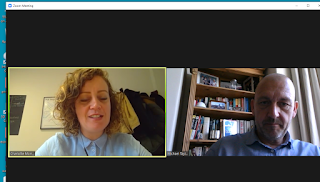