This is the day 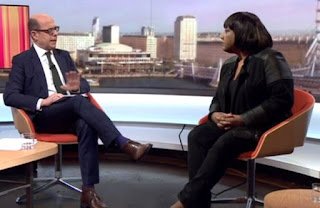 Make a diary note, get out the popcorn and get ready for the change.

A year from now, the 12th of December 2017, Labour will have closed the gap on the Conservatives in the polls, Jeremy Corbyn will be on course for 10 Downing Street.

It's true, Diane Abbott and Ken Livingstone have said so yesterday. A 17 point lead isn't acceptable and it will have to change. It's a marker, an ambition, a hope, but it's also a threat.

These things aren't coincidences. Two close allies like that don't come out with things like this randomly.

But really? It's not just that the gap will be narrowed. It will be closed.

Honestly, do you really think that's going t happen? No, me neither. Corbyn will limp on as ineptly and as dismally as he has since he was elected. The only difference is the Parliamentary Labour Party will let him get on with it. The polls won't narrow, if anything they will widen. He will then be under pressure. But the PLP won't be the ones to wield the axe, for the most part they are currently playing a safe strategy, or as Andrew Rawnsley called it a "shut up strategy" shoring up Labour's base in their constituencies, circulating ideas to renew social democracy - examples include Chuka Umunna and Alison McGovern's paper on the economy.

There's a realisation across the party that he's here to stay, that the leadership challenge merely strengthens Corbyn, gives him a purpose to define himself by what he's against, rather than having to actually come up with anything meaningful on his own.

A putsch will come then, and the marker is down. I don't know whether Abbott means it or not when she says he will prevail. But the moves will be from within the clique of Abbott, McDonnell and Livingstone. They will realise what is so obvious, Corbyn is a liability, even by their narrow standards. He won't be given the chance to own his own electoral failure, but don't for one moment think I believe this is in any way a disaster from which Labour can recover.

Posted by Michael Taylor at 9:08 am